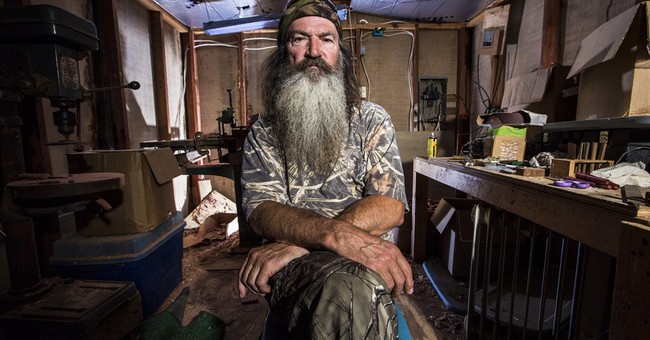 After A&E announced “Duck Dynasty” will resume with Phil Robertson in 2014, GLAAD responded with a statement of outrage.

The system of supply and demand certainly worked itself out when A&E ousted Robertson from its network. Thousands showed support via Twitter and Facebook. The “I Stand With Phil" petition also escalated quickly to more than 250,000 signatures.

A spokesperson for IStandWithPhil.com wrote to A&E:

Many members of the LGBT community may not agree with this view, but the notion that a free-thinking American should be discriminated against simply for expressing a perspective that is in conflict with another is patently un-American and flies in the face of true tolerance and civility. A&E's position, which in your own words is “championing” the gay and lesbian community — which I believe you have the freedom to do — excludes the views of Faith Driven Consumers and effectively censors a legitimate viewpoint held by the majority of Americans.

As a Faith Driven Consumer, I am signing this petition to demand that my views be treated with equality and respect in America’s rich rainbow of diversity.

While he "may not appear to fit the demographic," Pulitzer Prize-winning columnist Clarence Page was hooked by the humor and personality of the Duck Dynasty family. Page dubbed A&E's reaction to Robertson's comments an overreaction:

A&E made Robertson into a martyr and quashed his personal belief in a country that reveres free speech, Page noted:

"I think instead of trying to punish people, like Phil Robertson, we should talk about the issues he raised."

The First Amendment exists to breed a robust Marketplace of Ideas. Silencing a voice does not bring understanding or tolerance, it creates an isolated individual who still retains his or her same ideologies. It is lucky for America that not everyone is as intolerant as GLAAD.