Surprising LA Times Verdict: "Expressive" Businesses Should Not Be Forced to Serve Gays 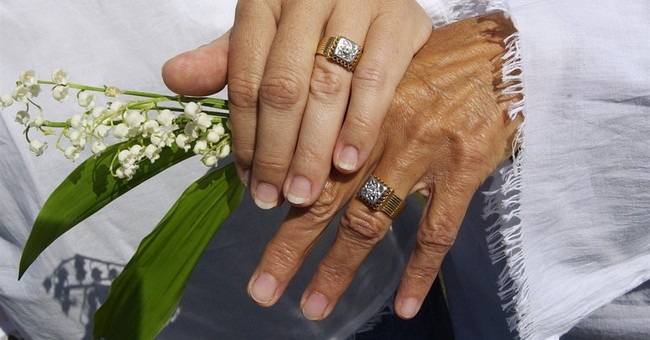 Los Angeles is a hub of diversity, which is perhaps why the L.A. Times showed such a deep understanding of individual liberty in Thursday’s editorial. The team tackled the gay rights question, “can discrimination be legal?”

“Elaine Huguenin, a wedding photographer, has asked the U.S. Supreme Court to overturn a ruling by New Mexico's highest court that she was required by a state public-accommodations law to take pictures of a female couple's "commitment ceremony." Last week, a judge in Colorado ruled against a baker who had refused to supply a gay couple with a cake for their wedding reception.

Although religious scruples were at issue in both cases, the issue is primarily one of free speech. The 1st Amendment protects not only the right to express one's own views but also a right not to be compelled to convey someone else's.

In her petition to the Supreme Court, Huguenin warns that the decision against her threatens other "expressive professions" including "marketers, advertisers, publicists and website designers."

Much as we support same-sex marriage and oppose discrimination, we do see a distinction between businesses that provide the same product or service to all comers and those that collaborate in the creation of a personalized message. We acknowledge that drawing that line will sometimes be difficult.”

This form of understanding is coming from a paper in a city with a huge gay community. Los Angeles was voted the sixth most gay-friendly city in the nation by Nerdwallet. In fact, five of the ten cities listed were in California. Determining factors included tolerance, community support and municipal laws.

L.A. was recognized both for West Hollywood, a premiere gay neighborhood, and for being the annual hub for the Pride Parade, which attracts some 400,000 gay rights supporters every year.

Despite openly supporting gay unions, this column showed that respecting the rights of one community does not validate trampling the constitutional freedoms of an opposing party.

“Not all wedding photographers imbue their work with a distinctive point of view, but many do. The Supreme Court should find a way to protect them and members of other "expressive professions."

Perhaps the Supreme Court should consider the plea from an editorial board in a seasoned gay community and remember that true tolerance means respecting the constitutional rights of every American.