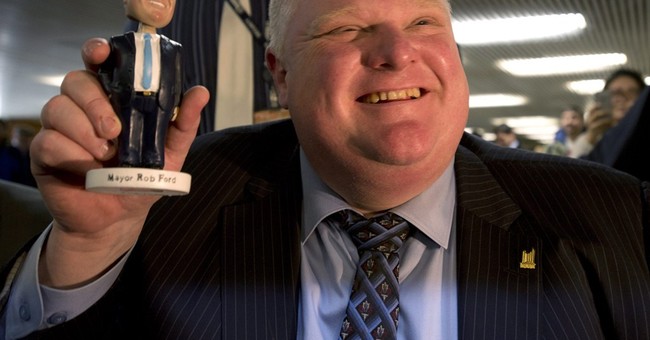 Well, Toronto Mayor Rob Ford does seem to have a flare for the dramatic side. Starting tonight, you can tune in Mondays at 8 p.m. EST to get a weekly dose of “Ford Nation.”

The network's vice-president Kory Teneyck could not be more pleased:

"Following the cancellation of their top-rated radio show, we approached the Fords about hosting a show on our network. We are delighted to announce they have agreed."

The show will also feature the mayor’s brother, Councilor Doug Ford. The two will interact with undisclosed guests and city residents, according to Sun News. Teneyck claimed Monday:

"This is an opportunity for the Fords, in their own words, to make their own explanations. People can watch and make whatever judgment they have about their sincerity."

If the show is indeed, “in their own words,” let’s hope it is not an unrated version.

Money, sex and power sell right? It is just a shame that a political leader, who in days past would be revered as a statesman, is soliciting positive attention for his lewd remarks and feckless addictions. So, who's tuning in?