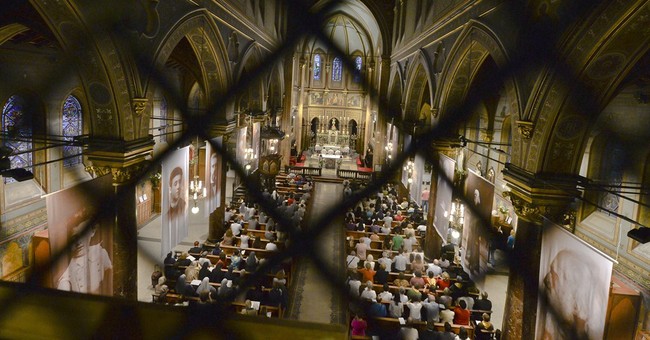 With Congress preparing to reconvene Monday, the U.S. Conference of Catholic Bishops instructed members to take part in a nationwide immigration reform push. Masses and events will be held in 22 states this weekend, according to the a U.S. Conference of Bishops news release.

Of all religious groups, a Pew Research Center report shows Catholics are some of the strongest supporters of immigration reform.

Most American Catholics (73%) say that there should be a way for people in the U.S. illegally – and who meet certain requirements – to stay in the country legally, according to a March 2013 Pew Research poll. That’s similar to the share of the general public that holds this view (71%). Majorities of white evangelical Protestants (62%), white mainline Protestants (65%) and black Protestants (84%) also agree that it should be possible for unauthorized immigrants to stay in the country legally.

The high rate of supporters, second only to black Protestants, might also be due to the demographics of the Catholic church, the new report states. Over 30 percent of U.S. Catholics are Hispanic, this group makes up only seven percent of Protestants.

Hispanic Catholics – a majority of whom are, themselves, foreign-born – are much more likely to say immigrants strengthen the country (73%) than to say immigrants are a burden (16%), much like Hispanics overall (72% vs. 18%). By comparison, white non-Hispanic Catholics are divided on this question (44% vs. 44%), similar to whites overall (42% vs. 45%).

The Catholic community in the United States continues, with great generosity, to welcome waves of new immigrants, to provide them with pastoral care and charitable assistance, and to support ways of regularizing their situation, especially with regard to the unification of families. A particular sign of this is the long-standing commitment of the American Bishops to immigration reform.