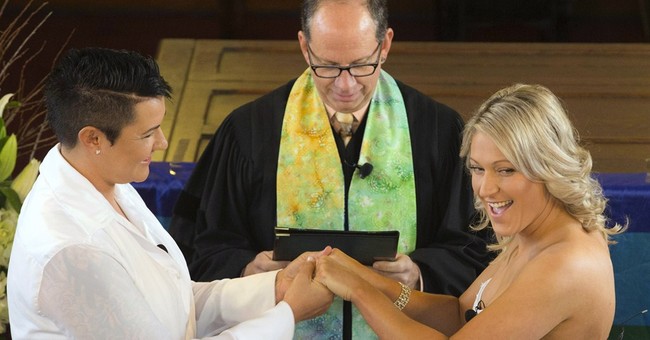 The Department of Health filed a writ of mandamus, a court order to government officials requiring accordance to the law, against Hanes in the Pennsylvania Commonwealth Court Wednesday.

“Some people have said I’ve broken the law, which I may have done,” Hanes told NBC News “But I’ve broken an unconstitutional law.”

The prosecutor seeks “to require the Clerk to comply with the Marriage Law by applying marriage licenses only to couples of mixed gender, consistent with the definition of ‘marriage’....”

The 1996 Pennsylvania state law defines marriage as a “civil contract by which one man and one woman take each other for husband and wife.”

“I don’t see myself as a crusader,” Hanes said. Which is good, because neither would most of America.

The majority of states are still against redefining marriage to include same sex couples.