Kamala Harris Loses Another Aide, As Reports Claim She Runs a 'Soul-Destroying' Office 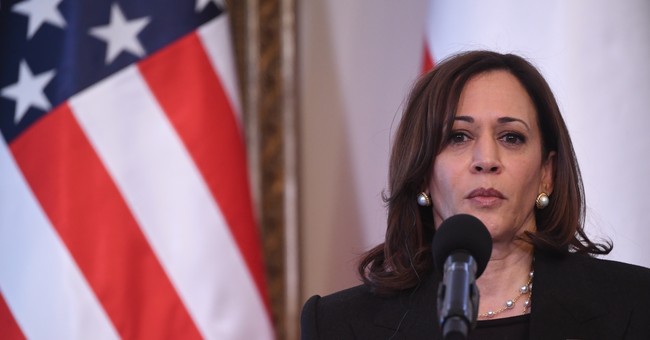 Vice President Kamala Harris lost another top staffer this week, as the exodus of her staffers continue.

Herbie Ziskend, a senior communications adviser, announced that he is leaving Harris’s side for the West Wing, where he will be the new White House deputy communications director.

Harris is teetering on the verge of having no staffers as many have walked away amid claims of turmoil and dysfunction.

Ziskend joined the Vice President at the beginning of President Joe Biden’s term, one of the few who have made it this long before finding a new role.

Kate Berner, who is currently in the role Ziskend is taking over, will be promoted to principal deputy communications director.

This comes as the Biden White House attempts to restructure its communications department after former press secretary Jen Psaki left to take on a role at MSNBC.

A few months ago when it seemed like every week a new Harris staffer was departing, then press secretary Jen Psaki claimed that the exodus was a “natural” and “very positive thing” to happen.

“Working in the first year of a White House is exciting and rewarding but it’s also grueling and exhausting,” Psaki said at the time.

Despite this, there have been several reports of the atmosphere being tense within Harris’ office, calling her a “bully.”

One report deemed her as a “common denominator,” claiming that she ran a “soul-destroying” management.

According to the former staffer, Harris often fails to read briefing materials and then lashes out at staff members when she’s the one not prepared.

“It’s clear that you’re not working with somebody who is willing to do the prep and the work… with Kamala you have to put up with a constant amount of soul-destroying criticism and also her own lack of confidence. So you’re constantly sort of propping up a bully, and it’s not really clear why,” the staffer claimed.