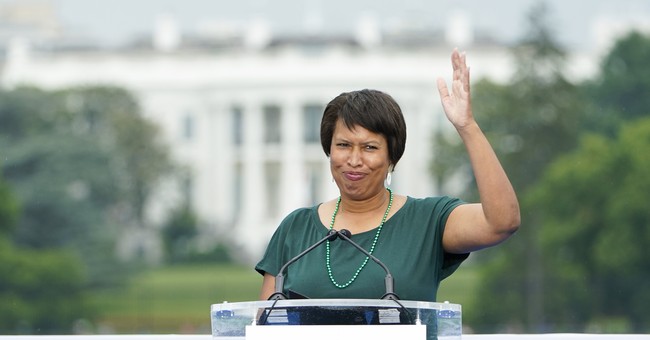 The Department of Defense denied Washington D.C. Mayor Muriel Bowser’s request for 150 National Guard troops to be deployed to the city amid thousands of illegal migrants being shipped there so that President Joe Biden’s border crisis can land at his doorstep.

“We have determined providing this support would negatively impact the readiness of the DCNG and have negative effects on the organization and members… We understand SAMU First Response has received grant funding through FEMA’s Emergency Food and Shelter Program, and has indicated that sufficient EFSP funds exist at this point to provide migrant assistance,” an official said.

Calling it a “humanitarian crisis,” Bowser asked the White House last month for an open-ended deployment of the National Guard as well as a “suitable federal location” for a mass housing and processing center.

According to Reuters, Bowser’s request caused tension with the White House and officials disagreed with her portrayal of a “crisis,” calling her request “unnecessary.”

This came after Gov. Doug Ducey (R-AZ) and Gov. Greg Abbott (R-TX) announced they were going to send the thousand of illegal migrants to D.C. in response to Biden’s bad open border policies.

Nearly 200 buses have arrived in the city, unloading more than 4,000 illegals so that Biden didn’t have to travel far to see the mess he created. The Republican governors have vowed not to let up on their plan until the Biden administration takes action.