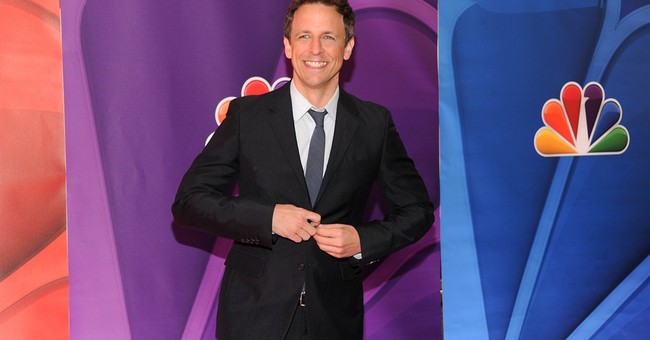 As if it were right on cue, liberal so-called late night comedy show hosts used their air-time to bash Republicans amid the Uvalde school shooting.

During an interview on Fox News, Texas Attorney General Ken Paxton said that teachers should be armed with new school security strategies to further prevent another horrific event from happening.

Late Night Show host Steven Colbert and Seth Meyers thought their opinion on the matter may actually be worth something.

He continued to say that Republicans have bad ideas with no real solutions to stop gun violence, mocking conservatives by showing a photo of senior citizens holding rifles and handguns saying “there is a brilliant answer to our epidemic of gun violence. Arm the seniors. They shouldn’t be hard to find, they’re all members of the AAR-15.”

There's a simple, if extremely difficult solution: reduce the number of guns. We've done it before, and it worked. pic.twitter.com/FnH8BjlEfd

Meanwhile, on the other side of woke television, Seth Meyers also gave his unwanted opinion suggesting that Republicans are politicizing the tragic incident. However, it is the left who is doing such things.

As we grieve the children of Uvalde today, we should take time to recognize that two years have passed since the murder of George Floyd under the knee of a police officer. His killing stays with us all to this day, especially those who loved him.

Meyers also alleged that the “grotesque ideas from conservatives came to fruition everything would become a scene out out of ‘f—ing RoboCop.’