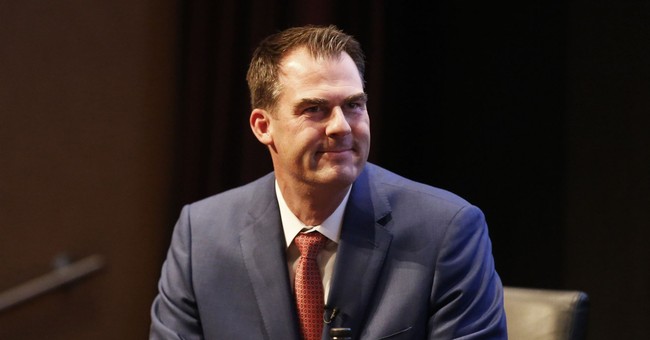 Earlier this month, Gov. Kevin Stitt (R-OK) signed a Texas-style abortion ban that prohibits abortions after a fetal heartbeat is detected at around the six-week mark, except for cases in which there is a medical emergency. While one can only imagine how Stitt's critics from the left reacted, he is not succumbing to the pressure.

During an interview on “Fox News Sunday,” he defended the recently signed law saying, “I represent 4 million Oklahomans, I don't know how much clearer we could be: we believe life begins at conception and we are going to protect life in Oklahoma.”

On the contrary, Oklahoma is built on a large portion of a tribal reservation, which means by state law, tribal members cannot be prosecuted by state officials. Most of that area spreads into the city of Tulsa, which is home to about one million people.

Stitt is warning tribes to not create abortion havens if Roe v. Wade is overturned.

“We think there is a possibility that some tribes may try to set up abortion-on-demand. They think you could be 1/1,000th tribal member and not have to follow the state law, so that's something that we're watching,” pointing out that the tribes in Oklahoma are “super liberal.”

Stitt said he and his team will monitoring the situation very heavily in case they try to set up abortion clinics throughout the state.

The governor is currently involved in a separate case with the Supreme Court between him and tribal leaders over whether the state can prosecute non-Native Americans for crimes committed on tribal lands if the victim is Native American.

In contrast, “Fox News Sunday” also had Gov. Jared Polis (D-CO) on to voice his opinion on abortions claiming it is “simply wrong” for the government intervene with what should only be between women and either their doctors or faith leaders. He also defended the legality of third-trimester abortion procedures.

"This is about the lives of women, not the laws of man." -@GovofCO #FoxNewsSunday

Last month, Polis signed a law creating a “fundamental” right to abortion in Colorado for all nine months, where it has already been legal without any gestational limit.