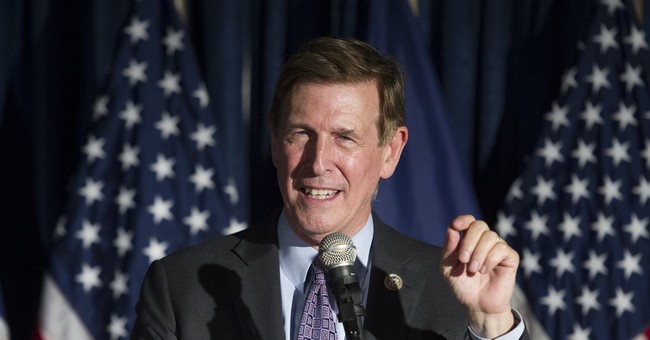 Tuesday has proven to be a particularly bad day for squad-backed candidates. Less than half an hour after the polls closed in Virginia, Decision Desk called the race for Rep. Don Beyer. The Democratic incumbent, who represents Virginia's 8th Congressional District, had faced a primary challenge from Victoria Virasingh.

Decision Desk HQ projects Don Beyer (@DonBeyerVA) is the winner of the Democratic nomination for U.S. House District 8 in Virginia.

Rep. Beyer, who has been in office since 2015, will face Republican nominee Karina Lipsman, who spoke to Townhall about unfair coverage she's received from local media as well as many other issues she feels impact the campaign.

Although the district is solidly Democratic, Lipsman believes she has what it takes to pull off a win, especially in a changing district.

The Lipsman campaign provided Townhall with the text of the letter that Lipsman sent Rep. Beyer, which congratulates him on his victory and calls for a minimum of five debates:

“Congratulations on your victory in the 2022 Democratic primary for Virginia’s 8th District; I am looking forward to a civil and respectful campaign focused on the issues impacting the residents of our District.

With that in mind, and to ensure the voters can hear our positions on a variety of issues to make an informed decision on who can help course-correct the current path of our country, I propose a series of five debates in front of a live in-person audience. The topics I would like to propose are defense & national security, inflation, energy, education, and immigration.

Please email info@karinaforcongress.com by July 01, 2022, to accept and someone from my team can work with your staff on logistics so we can start planning.

I look forward to discussing these important issues facing our region and impacting our residents.”

Decision Desk HQ projects Jen Kiggans (@JenKiggans) is the winner of the Republican nomination for U.S. House District 2 in Virginia.

Decision Desk shortly after calling the race for Rep. Beyer in the 8th District called the race for Jen Kiggans in Virginia's 2nd District.