Thomas Friedman's Latest Take Is Even Worse Than Normal 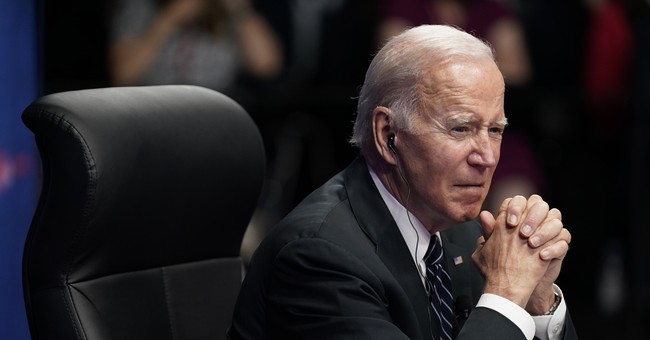 Thomas L. Friedman, a columnist for The New York Times, is known for having some pretty bizarre takes. His recent column, which was posted on Sunday, is particularly hot. "My Lunch With President Biden," the headline reads, describing a lunch he had had the week prior.

"President Biden invited me for lunch at the White House last Monday. But it was all off the record — so I can't tell you anything he said," Friedman begins his piece. So, what's the point of reading it, one might wonder? "I can, though, tell you two things — what I ate and how I felt after," Friedman writes.

Another paragraph begins with Friedman seeking to assure us, specifically "all you knuckleheads on Fox who say that Biden can't put two sentences together," of "a news flash," that the president just put NATO together to help Ukraine against Russia. He goes on to compare Biden to George H.W. at the end of the Cold War.

Why Ukraine is mentioned at all is for an even more eye-roll-inducing answer. In addition to Friedman lamenting that "I left our lunch with a full stomach but a heavy heart," he goes on to write that Biden's "worried that while he has reunited the West, he may not be able to reunite America."

Friedman really does think that Biden can reunite America:

It’s clearly his priority, above any Build Back Better provision. And he knows that’s why he was elected — a majority of Americans worried that the country was coming apart at the seams and that this old war horse called Biden, with his bipartisan instincts, was the best person to knit us back together. It’s the reason he decided to run in the first place, because he knows that without some basic unity of purpose and willingness to compromise, nothing else is possible.

But with every passing day, every mass shooting, every racist dog whistle, every defund-the-police initiative, every nation-sundering Supreme Court ruling, every speaker run off a campus, every bogus claim of election fraud, I wonder if he can bring us back together. I wonder if it’s too late.

I fear that we’re going to break something very valuable very soon. And once we break it, it will be gone — and we may never be able to get it back.

Friedman is late to the party on this one. Polls consistently show, and have shown, for months, that Biden gets poor marks on how he handles uniting the country.

If anything, Biden has arguably reunited the country in that Americans are overwhelmingly against how he is handling his presidency. Especially lately, Biden has reached his record lows in various polls, as even Democrats are souring on him.

Friedman also rants about former President Donald Trump's claims about the 2020 election and Trump-endorsed candidates in the upcoming 2022 elections. This brings Friedman back to an eye-roll-inducing connection that those on the left often make, that what's going on in Ukraine under the Russian invasion is connected to complaints against the Republican Party.

"It clearly weighs on him that we have built a global alliance to support Ukraine, to reverse the Russian invasion and to defend core American principles abroad — the right to freedom and self-determination of all peoples — while the G.O.P. is abandoning our most cherished principles at home," Friedman writes of Biden toward the end of his article.

For emphasis on his likely attempt to sound poetic, Friedman once more repeats that he "left my lunch with the president with a full stomach but a heavy heart."