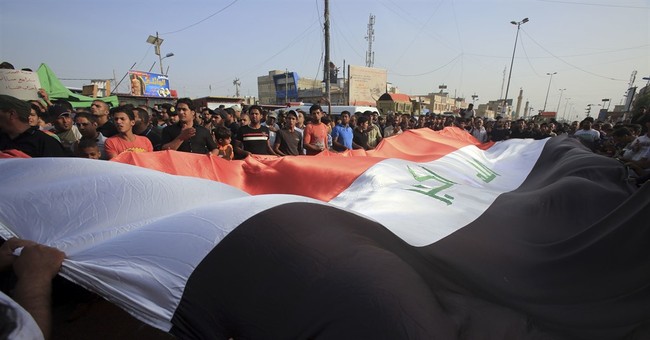 The United States may find itself involved in another foreign policy crisis. Reports, as well as video footage, have indicated that several long-range ballistic missiles have been fired at the U.S. consulate in Erbil, Iraq. Writing for the Associated Press, Qassim Abdul-Zahra reported that at least six missiles have hit the consulate. Though reports are still coming in, with security officials from Iraq and the United States cited as saying there are no casualties at this time.

BREAKING: Explosions heard in Erbil, the capital of Kurdistan Region of Iraqpic.twitter.com/lZLDFnAWuC

The official, who spoke on condition of anonymity because information was still coming in, said it was still not certain exactly how many were fired and exactly where they landed. It also wasn’t clear if there were other casualties.

The Iraqi security officials said there were no immediate report of casualties from the attack, which occurred shortly after midnight and caused material damage in the area. They spoke on condition of anonymity in line with regulations.

The Iran deal may have something to do with it:

One of the officials said the ballistic missiles were fired from Iran, without elaborating.

On Sunday, Iran’s state-run IRNA news agency quoted Iraqi media acknowledging the attacks in Irbil, without saying where they originated.

The attack comes as negotiations in Vienna over Tehran’s tattered nuclear deal hit a “pause” over Russian demands about sanctions targeting Moscow over its war on Ukraine.

Last week, it appeared a deal was close to being reached for the United States to rejoin the Joint Comprehensive Plan of Action (JCPOA). The United States left in May 2018, under then President Donald Trump. Despite Vladimir Putin's unprovoked invasion of Ukraine, Russia also looks to be involved in the agreement.

As Guy reported more recently though, on Friday, the deal could be headed for failure, considering even House Democrats are opposed to it.

Joe Kent, a retired Green Beret who is running to challenge Rep. Jaime Herrera Beutler in the Republican primary to represent Washington's 3rd district, shared that the attack "is how the Iranians thank Biden for wanting to get back in the Iran deal."

Erbil is warning shot, our embassy in Baghdad is the vulnerable target. This is how the Iranians thank Biden for wanting to get back in the Iran deal.

Pray for our troops & diplomats deployed. We need to get them out, they are just targets for Iran. https://t.co/HyHOcAuok9

As a result of the missles, "Erbil" and "#Iraq" have been trending on Twitter.