Why Are Virginia Lawmakers Targeting the Charitable Gaming Industry? 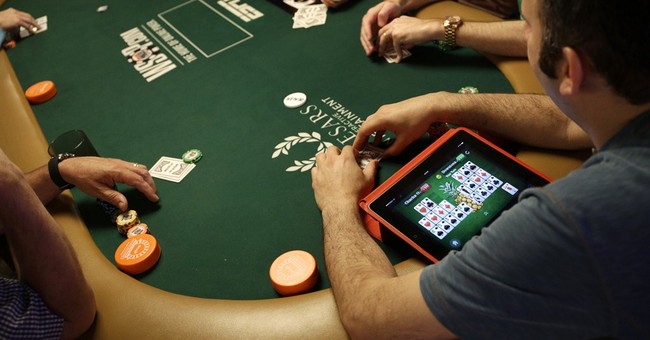 Under the legislation, the Department of Agriculture and Consumer Services "may promulgate regulations that require any landlord that leases to a qualified charitable organization any premises devoted in whole or in part to the conduct of bingo games or any other charitable gaming to register with the Department."

While such charitable operations would be met with stringent regulations, the same cannot be said for for-profit gaming, such as slot-style games in convenience stores and Rosie's Gaming Emporium.

Chuck Lessin, board chairman of the Virginia Charitable Gaming Board, whose family has founded many charities and runs charitable gaming operations, has turned to Texas Hold 'em poker tournaments, especially after bingo faded in popularity and profitability. Under the legislation, the parts of the tournaments that make them the most profitable would be removed.

In a statement to Townhall, Lessin explained what was at issue. "The central frustration for my family is that all we are trying to do is run our charities in peace. I'm a believer in the free market, and I've never tried to stand in the way of for-profit gaming. But I don't see why, if we are going to continue to make allowances for the expansion of for-profit gaming, it should come at the expense of our charities," he said, indicating one such central issue with the free market.

"This legislation, some of which have targeted my family's charities specifically, would for all intents and purposes, end charitable gaming in Virginia. I cannot fathom how anyone could view eliminating the charities while expanding for-profit casinos and gambling institutions, a positive for our communities," Lessin also said, highlighting the effect of burdensome regulations.

Lessin was quoted heavily in a piece from Virginia Mercury by Ned Oliver in 2019 about the changing industry.

And there are suddenly a lot of games competing with bingo. Over the past two years, thousands of unregulated “skill games” that look and function like slot machines have found their way into gas stations and convenience stores around the state.

The state lottery is beefing up its offerings, venturing into smartphone games that can be played instantly in bars, restaurants and other venues.

And, for Pop’s, at least, the biggest hit of all came when Colonial Downs — newly empowered by the General Assembly to bring thousands of its own slot-style games with jackpots that can climb into the hundreds of thousands of dollars — opened Rosie’s Gaming Emporium a mile up the road and plastered the region with billboards. It eventually plans to open six locations around the state.

The developments have left bingo, with its $100 jackpots, florescent lights, ban on advertising and glacial pace of play, squarely at the bottom of the rapidly expanding world of gambling in Virginia.

Catherine Aguon, a regular player at Pop’s, said the place used to be packed. She gestured toward the sparsely populated tables around her and said, “Ever since Rosie’s opened, it’s been like this.”

Members of the charitable gaming board hope that as the state embarks on a comprehensive study of gambling in Virginia, some of their long-standing requests will finally get some consideration. Among their goals: end a prohibition on advertising, allow bigger jackpots, drop rules limiting bingo halls to four games a week. And maybe allow them to host poker tournaments, so the charities have a game that’s actually popular enough to bring people in the doors.

“We have not been able to get the attention of legislators for years,” said Lessin. “Now we have their attention, not because of anything we did, but because now they’re receiving massive amounts of money from people who want casinos, (skill games), you name it.”

The bill had wide bipartisan support in the Republican-controlled House of Delegates, where it passed on February 10 by 73-27. For Del. Paul Krizek, a Democrat who is chief patron of the House bill, Betting on Virginia Jobs and Queen of Va Skill & Entertainment LLC are listed as among his top donors. Queen of Va Skill primarily supports the slot games seen in convenience stores. For Del. Barry Knight, a Republican, they're listed as top donors as well.

There was some pushback in the House of Delegates, though. "I know firsthand a lot of rescue squads, Ruritan clubs, and other small community organizations rely on these events to fundraise," Del. Wren Williams, a Republican who represents the 9th district, said in a statement to Townhall. "Why would we stand in the way of non-profits raising money to do good in our communities? I will always support freedom and competition, and I am opposing this bill, which would create a monopoly by applying a different set of standards to charities than for-profit companies."

State Sen. Bryce Reeves, a Republican co-patron of the Senate bill, has also received considerable donations from such groups. State Sen. Joe Morrissey, a Democrat, has as well.

The bill passed almost unanimously in the Democratic-controlled Senate, by a vote of 36-1, with State Sen. Amanda Chase, an independent, voting no. Three senators are listed under Rule 36, meaning they have a conflict of interest and can't vote. State Sen. Chap Petersen, a Democrat, confirmed to Townhall that he was listed under such a rule because he is an attorney for Lessin.

Del. Krizek, State Sen. Morrissey, and State Sen. Petersen, the latter speaking in his capacity as Lessin's attorney, are quoted in a piece by Graham Moomaw, also for Virginia Mercury from September 30, about concerns with the failures of charitable gaming regulations.

Petersen in the piece called a report from Office of the Inspector General calling for limiting the Charitable Gaming Board's regulatory powers so skewed toward the Virginia Department of Agriculture and Consumer Services' (VDACS) interpretation of events "it might as well have been written on the agency's stationery" and called it "a report in search of a villain."

Subsequently, a more recent report from Moomaw from January 27 noted that "Virginia lawmakers call for ouster of Charitable Gaming Board leaders" due to concerns about conflicts of interest.