If Dems Wants to Do Something About 'Rise in Anti-Asian Hate Crimes,' They Can Start By Being Tough on Crime 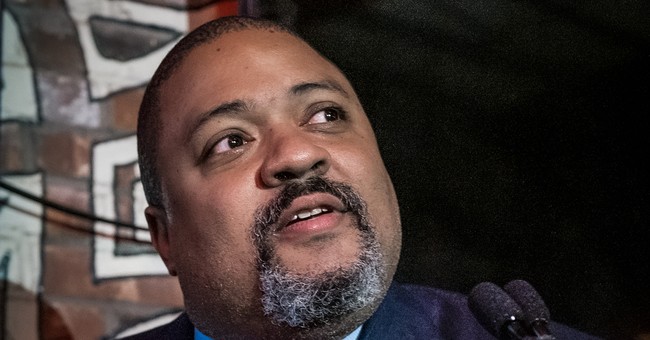 Saturday marks the 80th anniversary of President Franklin D. Roosevelt signing an executive order that began the removal of 120,000 Japanese-Americans who were imprisoned in internment camps. DNC Chairman Jaime Harrison and DNC AAPI Caucus Chair Bel Leong-Hong issued a joint statement commemorating that day. The joint statement also closed by claiming it's Democrats who are righting for the safety of Americans, while at the same time calling out anti-Asian hate crimes.

Such a mention may be bold, or even stupid. In many Democratic-run cities, crime has exploded. Meanwhile, White House Press Secretary Jen Psaki, as Katie reported, has dismissed a "soft on crime policies" approach as an "alternate universe." Worse, Democratic DA's are no help.

"Unfortunately, Japanese Americans and the AAPI community continue to face violence and discrimination because of their identities," the joint statement acknowledged. "The rise in anti-Asian hate crimes must stop, and perpetrators must be prosecuted. Democrats have fought and will continue to fight to secure the rights, safety, and prosperity of all Americans, including those facing injustice and discrimination, in order to ensure a better and brighter future for our nation," it closed with.

The version of the statement shared on Twitter did not mention such a modern-day application, curiously enough.

If Democrats truly feel that "perpetrators must be prosecuted," then they can start in their own cities, with their own DAs.

A recent and tragic case in point is with Manhattan DA Alvin Bragg, who only just recently has been reversing course on his super soft on crime approach over backlash, as Landon has covered. According to the New York Post, which I've mentioned in my own articles, there have been whispers of a recall effort against Bragg, who only just took office at the beginning of this year.

Among many changes, Bragg initially made, as Spencer highlighted, was the lack of prison time except for crimes of homicide and some other of the most violent offenses. Bragg also had the audacity to claim "I don't understand the pushback" when people expressed concerns.

These changes from Bragg's office haven't been enough, though.

As Paul Best reported for Fox News last week, Christina Yuna Lee, 35, was followed home by a man and stabbed to death in her bathtub in her Chinatown apartment. She was Asian. Mayor Eric Adams had expressed "I and New Yorkers across the city mourn for the innocent woman murdered in her home last night in Chinatown and stand with our Asian brothers and sisters today."

We have seen far too many acts of violence against AAPI New Yorkers in recent months. We must make sure every community is safe in our state.

I join New Yorkers standing together in support of our AAPI friends & neighbors. https://t.co/XRYa04G9yu

The suspect, Assamad Nash, 25, is described by Lee Brown with The New York Post as a "homeless career criminal."

Best's report noted he had been arrested for a multitude of other crimes, including allegedly disabling metro card machines and running from the police, synthetic marijuana, resisting arrest, as well as harassment and assault. He had three open cases against him at the time of this alleged murder, Best noted.

Assad was indicted for Lee's murder on Friday.

The outcry over Lee's death has been vocal. In a Wednesday opinion piece for The New York Post, Miranda Devine wrote that "Christina Yuna Lee’s blood is on the hands of Democrats."

In Tuesday's press briefing, Psaki claimed "we’ve seen this rise, unfortunately, because of hate-filled rhetoric and language around the origins of the pandemic.  And that is something that Asian Americans across the country have been feeling," after a reporter pointed to that rise in anti-Asian hate crimes.

The crime rate, not surprisingly, is up significantly in New York City.

According to reporting from NBC New York, as of January 30 of this year, major crimes were up 38 percent compared to last year.

A headline for New York Daily News from January 2022 warned that "NYC ends 2021 with uptick in violent crime in subways — assault and homicide numbers not seen in 25 years."

When it comes to anti-Asian hate crimes, those were up 343 percent last year compared to the year before it, according to a report from the New York Post.

The American people overall aren't buying such a statement from the DNC.

In an opinion piece for the Wall Street Journal from Tuesday, William A. Galston wrote that "Joe Biden Is in a Bind on Crime and Police Reform." In it, he referenced a December poll from ABC News/Ipsos which showed just 36 percent of Americans approving of his handling on crime.