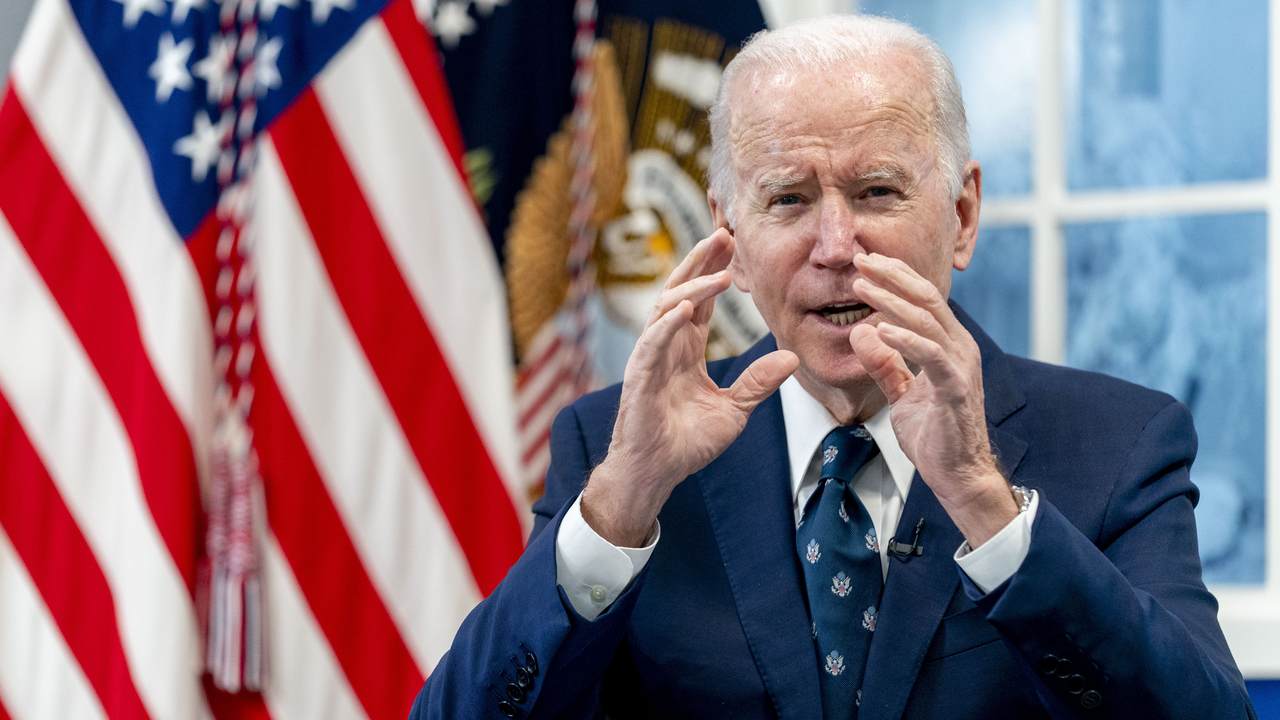 On the regular, the DNC has been sending out messages trying to hit America over the head about how well President Joe Biden is performing on the economy. And yet Americans aren't buying what the DNC is selling.

Friday brought no less than two statements from the DNC regarding the economy. "Local News Highlights President Biden’s Leadership on the Economy, COVID-19, Infrastructure," read one email. Another was forwarded from PA Dems, claiming "Pittsburgh Is At The Heart Of Biden Economic Recovery."

The DNC War Room also sent out two messages on Thursday touting a 5.7 growth in GDP.

The Twitter feed for Democratic accounts is full of tweets about the economy, with some digs at Republicans, too.

It's worth noting that one of the graphs from the White House contained an error on the y-axis, which they tried to correct, but which received criticism all the same, especially as the incorrect graph was still left up.

You know everyone can see this, right? pic.twitter.com/HkSGzQC5GK

Others took the time to address the larger issues of inflation and the effects of rising costs of gasoline and everyday items like groceries.

We are spending a record amount for everyday items. ECOnOmiC gROwtHhttps://t.co/DSXImqVstI

It would be easier if they didn't use deliberately faked chart.

Also considering what happened in 2020 you would expect 2021 to see a lot of improvement.

The federal reserve is literally doing a 180 on the monetary policy because the economic growth is all money printing, stock buybacks, asset and price inflation. No one buys your economic propaganda, shadow inflation on meats and vegetables is over 50% in some cases.

It's certainly a lot easier to tout the president's successes when not accounting for or even acknowledging inflation, supply chain issues, and how the president's policies have made inflation worse. This is both perceived by the American people according to polls, and is the case in reality.

Yet Democrats still tout so-called successes that have actually worsened inflation, as was the case with the American Rescue Plan.

Thanks in large part to President Biden’s American Rescue Plan, the economy grew faster in 2021 than in the past 38 years. Not a single Republican voted for it.

As I highlighted throughout on Thursday, a POLITICO-Harvard poll released on Wednesday acknowledged inflation as a top concern, with a plurality of voters believing that Build Back Better, a key agenda item for Biden, will actually raise inflation.

Biden is performing underwater on every issue in most polls, and this is especially true on the economy. Each day brings with it a new poll, with more bad news for Biden.

YouGov America on Friday released details about how Americans feel about the economy. The results tell a much different story than the tweets and emails the DNC is sending.

According to a Economist/YouGov poll, Biden's current approval rating on jobs and the economy is at 35 percent, which is the lowest point of his presidency. More than half, at 52 percent, disapprove.

There's plenty of more negative nuggets coming from Kathy Frankovic and Taylor Orth in their analysis. "Even Democrats are skeptical: By a margin of 10 points, they say the economy is getting worse, rather than getting better," they indicated.

"Inflation clearly impacts President Biden’s low overall job-approval rating (38% approve, 51% disapprove) and his even lower rating on handling the economy. The President’s current rating on the economy (35% approve this week) is the lowest during his presidency; more than half disapprove," they went on to note.

The DNC may also want to think twice so far when it comes to such an aggressive economic narrative, specifically as to if it will do any good. "A majority of Americans believe it will take more than two years for the economy to recover from the pandemic," Frankovic and Orth wrote.

Data also shows that 52.2 percent of Americans believe the economy is "getting worse" while 23.6 percent say it's "about the same."

The survey was conducted January 22-25, with 1,500 U.S. adult citizens and a margin of error of plus or minus 3 percent.