The 25th Democrat Announces She's Retiring from Congress, and This One Ran for Leadership 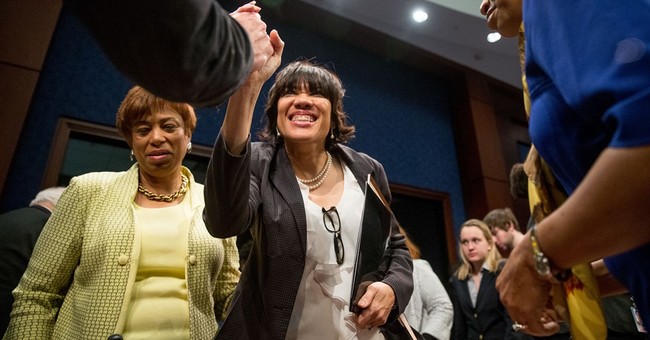 It seems that just about each day we learn of more Democrats retiring from Congress. As Madeline reported on Tuesday, Rep. Bobby Rush (D-IL) is retiring, or, as he calls it, he has "been reassigned." On Tuesday evening, Rep. Brenda Lawrence (D-MI) shared via a Twitter video message that she is also retiring.

This year marks my 30th year in elected public service, and I've had the good fortune of serving Michiganders on the local and national level.

After reflecting on my journey & having conversations with my family, I'm announcing that I will not be seeking re-election to Congress. pic.twitter.com/QBmdExSKaj

The Congressional Leadership Fund (CLF) referred to this retirement as a "shocking development for a senior Member of Congress," especially considering she had just run for a leadership position in the last Congress.

As Melissa Nann Burke reported for The Detroit News on November 16, 2020, Rep. Lawrence ran for a leadership position within the party where she would serve as a liaison between leadership and Democratic members who had served five or fewer terms in the House. She would also be on the Steering and Policy Committee.

Calvin Moore, the Communications Director for CLF chimed in on Lawrence's exit. "Democrats hoped to hit the brakes on their retirement crisis, but instead they’ve thrown it into overdrive," he said. "Democrats can't quit Congress fast enough because they know they're about to get voted out of their Majority."

Squad member Rep. Rashida Tlaib will run for re-election in the new 12th district that included where Lawrence represented, under the state's redrawn maps.

I'm excited to campaign on my values of economic justice, clean air + water, and a government run by the people. The 12th contains 2/3 of the people I currently serve and I cannot wait talk with voters in every community in the 12th. #RootedInCommunity pic.twitter.com/RNB0UNjUKC

As Sarah Ferris reported for POLITICO, Lawrence's retirement surprised some colleagues, but also had "raised some suspicion" she wouldn't run after redistricting "virtually eliminating her current seat."

Republicans are largely expected to gain control of the House in the 2022 midterm elections. Cook Political Report last week released its projection that the races favor Republican control.