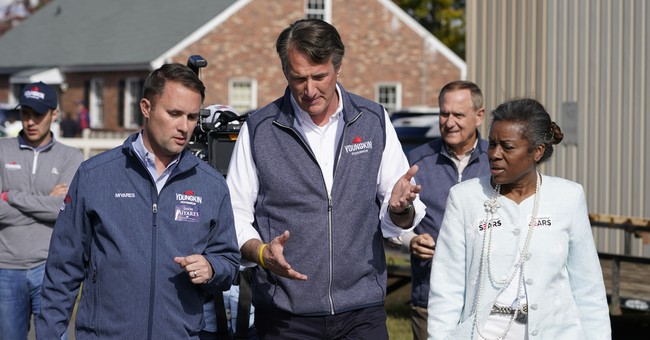 The Republican State Leadership Committee (RSLC) just recently announced its "Right Leaders Network" initiative last month to get more minority and women candidates elected. And it's already been met with significant success, with this month's Virginia and New Jersey elections. Now, with the 2022 midterms less than a year away, the RSLC is continuing their efforts. The organization is releasing a video on Tuesday morning, first shared exclusively with Townhall, further highlighting these winning efforts.

Shortly after the initiative was announced, RSLC held a roundtable event featuring particularly big names involved, including Sens. Marsha Blackburn (TN), Marco Rubio (FL), and Tim Scott (SC), as well as Reps. Ashley Hinson (IL) and Young Kim (CA), to provide advice and encouragement for candidates like them who seek to run for office. The event was moderated by RSLC Board Member and former Gov. Luis Fortuño (PR).

Clips of the event are featured in the video, titled "Right Leaders," where a narrator also proclaims that "the future of the Republican Party and the future of our country starts right here at RSLC, because it's in the states where conservatives from every walk of life learn to lead."

The narrator goes on to declare that "these are the women and men who shape our communities who we need to shape our state capitols, and beyond."

The Virginia and New Jersey statewide elections earlier this month not just haw success for Republicans, but for women and minority Republicans especially. A press release from the RSLC highlights that success by citing coverage from the Washington Post.

Olsen began his piece by acknowledging that "Political observers have spent considerable energy discussing the many legislative seats that Republicans flipped in the Virginia and New Jersey elections this month. But few have remarked that women and minorities led the charge, continuing the recent trend toward a more diverse GOP."

Included in Olsen's featured image is Virginia's Lieutenant-Governor Elect Winsome Sears, the first woman and first Black woman to hold the position. The commonwealth also elected Jason Miyares to be the next attorney general, who is the first Latino to hold a position statewide and first son of an immigrant to be elected to the position.

"We know the future of the Republican Party and the future of our country starts in the states, which is why it’s critical that we continue to invest in recruiting, training, and supporting diverse candidates running for state offices who will go on to be the national leaders of tomorrow," said RSLC President Dee Duncan. "We’re incredibly proud that women and minorities led the way to a historic 2021 election year and are excited about those from all walks of life who are already jumping in to help us finish the fight in 2022."

This new video is a sequel to a project from April, titled "The Future."