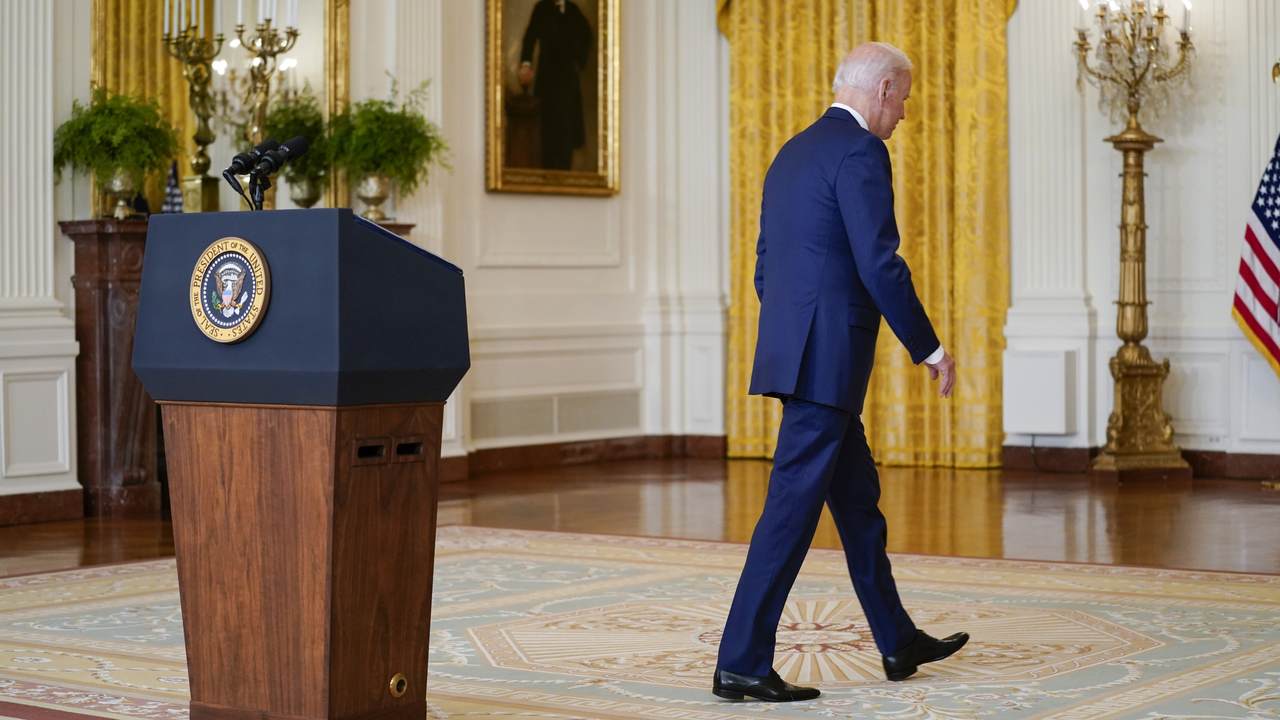 Like it or not, the White House must contend with the reality that President Joe Biden is performing poorly in the polls. As Brett Samuels reported for The Hill on Wednesday, though, there's a CNN poll "that was quickly shared by White House staff after a string of tough polling numbers."

If you're looking for some shockingly high turnaround for the president, you won't find it. The poll cited by Samuels is exciting the White House so much because it's one of the few recently released that doesn't have Biden underwater.

The White House also surely must have missed that a plurality, by 38 percent, said it's "bad for the country" that Democrats are in control of Congress. Granted, 36 percent still said it's "good for the country," so it's within the margin of error. Also, a significant 26 percent say it's "neither good nor bad."

The poll also asks "Based on what you know, do you approve or disapprove of the way Joe Biden is handling Congress's negotiations over the infrastructure bill and the economic bill?" These Democratic respondents must not know very much at all because, despite the president's relatively useless efforts, Democrats and Democratic-leaning Independents support the president 82 to 18 percent.

These numbers completely contradict how three-fourths apparently want more social spending included in the bill, even if moderates have more support with numbers that are within the margin of error.

The poll was conducted October 7-11 using a random sample of 1,000 adults. As mentioned the margin of error was plus or minus 4.2 percentage points, specifically for the full sample.

This isn't the only memorable response the White House has had when it comes to polls.

Raising Biden's "very tough approval ratings these days," AFP's Sebastian Smith asked Psaki what's gone wrong. "You might say that they don't mean anything" he noted, adding "when there are good polls you publicize them so what do you make of these really terrible polls?" Smith asked before giving Psaki a menu of explanations to choose from: "He's doing something wrong? Is it just the communication? Is he doing unpopular things that have to be done? Or something else?"

Psaki opted to go with none of those explanations and instead spun a blame-avoiding tale of why there's nothing wrong with the way President Biden has governed and instead it's the fault of unvaccinated Americans... because of course.

"Well, look, I would say that this is a really tough time in our country," Psaki said. "We're still battling COVID, and a lot of people thought we'd be through it, including us," she reasoned. "And because of the rise of the Delta variant- because of the fact that even though it was a vaccine that was approved under a Republican administration, even though we now have full FDA approval, and even though it's widely available across the country, we still have a quarter of the country — less than that, 20 percent of the country — who've decided not to get vaccinated, no question that's having an impact," insisted Psaki.

"And of course as the president has said, the buck stops with him," she added at the end of her answer despite just blaming the "tough time in the country" and those "who've decided not to get vaccinated" as the things responsible for the president's plummeting approval among the American people.

Read the transcript of the press briefing for yourself, Smith did not bring up or even hint at COVID, at all, in that question.