Democratic Congressional Candidate's Tweet on 9/11: 'Not Even Close' That Jan. 6 Was Worse 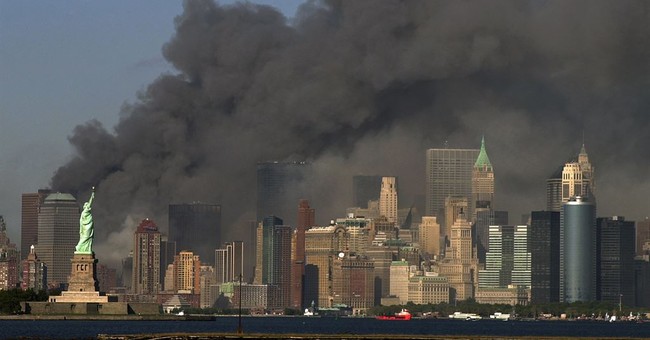 On the anniversary of September 11, Pam Keith tweeted that January 6, 2021 had replaced September 11, 2001 as the "worst thing that happened to America in my lifetime" and that "it's not even close."

9/11/2001 ceased being the worst thing that happened to America in my lifetime.

It’s really weird and painful to process and say that.

But it’s the truth.

And quite frankly… it’s not even close.

Keith, a Democrat, ran against Rep. Brian Mast (R-FL) in 2020 for his Congressional seat in the 18th district of Florida. Mast beat her with 56.3 percent of the vote to Keith's 41.5 percent.

Keith ultimately restricted replies on the tweet, but not before getting ratioed by those who reminded her how truly offensive it was.

…and then followed it up by proving you’re an echo chamber coward. But cool arms-crossed photo in front of the American flag, Pam. pic.twitter.com/US7uKGvPKW

Hi, I lost family members on 9/11. Many lost their lives, then again on the 9/11 attack on Benghazi. Get a grip on your privilege. You’re still alive.

Down as the worst day in American history. Thankfully all the brave politicians survived. The loss and terror on 9/11 is nothing in comparison to what you must’ve that day. My condolences for your loss you brave woman. Hopefully they make a memorial for all the politicians.

Quite a bit of people hit by a plane, burned or jumped off buildings.

Actually, scratch that. They deserve peace and comfort today. Leave them alone.

That is impressively more offensive than any and every 9/11 joke I've run across today. Well done I suppose

That you would write this today… while we remember the people that died due to this horrific terrorist attack. Truly shameful.

Keith is not the only one to have made such comparisons.

Kurt Bardella, formerly of the Lincoln Project, in May said the GOP was worse than Al Qaeda, Osama bin Laden, the Taliban. He mocked those who were offended by his remarks and doubled down on them.

“Al Qaeda, bin Laden, the Taliban, the people who wanted to do harm to our nation and to our way of life & our democracy, they got nothing on what the #GQP is doing..." pic.twitter.com/4qGHfNBwat

Here's one way in which he commemorated the 9/11 anniversary.

I never would imagined that I would look back on that day 20 years later and perceive that the events of #September11 turned out to be a massive recruiting tool in which the very Republican Party that launched the War on Terror would later on become terrorists themselves. pic.twitter.com/rL7CkE8rwI

Who would have guessed after 9/11 that the next major terror attack on a national landmark would be incited by the President of the United States and perpetrated by Americans?

It’s been a weird couple decades.

The September 11 attacks resulted in the deaths of 2,977 people. More also died in the aftermath due to health problems.

Maybe not living in the NY metro area you are not aware of the full impact of that day.