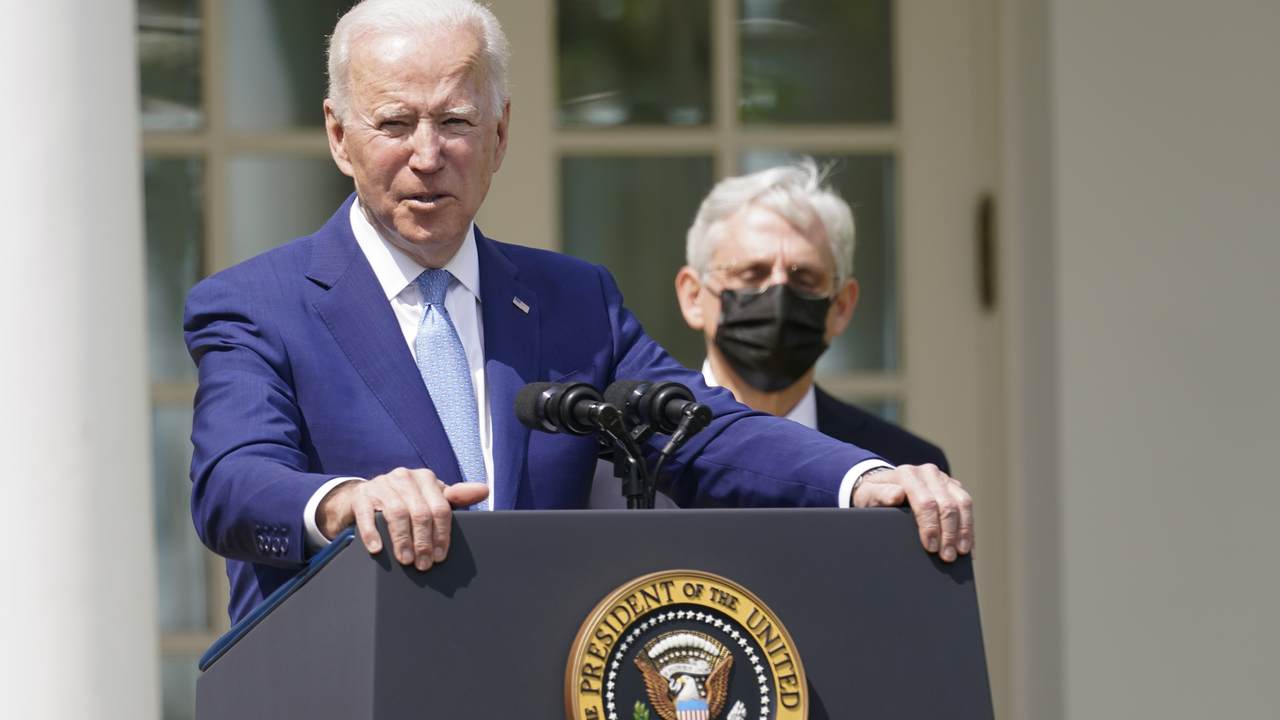 On Wednesday, Gov. Greg Abbott (R-TX) issued an executive order which stopped ground transportation of illegal immigrants who might have the Wuhan coronavirus. It "also directed the Texas Department of Public Safety (DPS) to stop any vehicle upon reasonable suspicion of such violation and reroute such vehicles back to its point of origin or a port of entry. DPS also has the authority to impound a vehicle that violates the Executive Order," according to a news release from the governor's office.

I issued an executive order restricting transportation of migrants who pose a risk of carrying COVID into Texas.@TxDPS is ordered to stop & reroute, or impound any vehicle being used to transport illegal migrants who have been detained by @CBP.https://t.co/8UQ3gmKIis pic.twitter.com/wUHSIIRQYe

The Biden administration had a swift response against the executive order, Caitlin McFall with Fox News reported, as Attorney General Merrick Garland vowed legal action against Gov. Abbott, calling the order "both dangerous and unlawful."

The need for such an order did not come from out of thin air.

"The dramatic rise in unlawful border crossings has also led to a dramatic rise in COVID-19 cases among unlawful migrants who have made their way into our state, and we must do more to protect Texans from this virus and reduce the burden on our communities," Abbott is quoted as saying.

In more specific and immediate news, though, also on Wednesday came the reveal that a family of illegal immigrants who had tested positive was at a local Whataburger, as Julio reported. They were coughing, sneezing, and not wearing masks.

It turns out that the family members had not only tested positive, but were released by Border patrol. They were being assisted by Catholic Charities, which helped them with local hotel rooms. According to the La Joya Police Department, though, Catholic Charities did not inform them.

The Order would jeopardize the health and safety of noncitizens in federal government custody, federal law enforcement personnel and their families, and our communities. Among other harms, the Order would exacerbate and prolong overcrowding in facilities and shelters and obstruct the federal government's arrangements with state, local, and nongovernmental partners to ensure that released individuals are transported for appropriate COVID-19 testing to address public health concerns. Additionally, because federal law requires individuals processed for release to appear before immigration courts or report to U.S. Immigration and Customs Enforcement offices throughout the country, the Order directly interferes with the implementation of federal immigration law.

In short, the Order is contrary to federal law and cannot be enforced. Accordingly, consistent with its authorities under federal law, the United States will continue its noncitizen transportation operations unabated. I urge you to immediately rescind the Order. If you do not do so, I am providing notice consistent with Section 1-10 .100 of the Justice Department's Justice Manual that the United States intends to pursue all appropriate legal remedies to ensure that Texas does not interfere with the functions of the federal government.

Rep. Chip Roy (R-TX) who has been particularly vocal lately about mask mandates, weighed in on the attorney general's letter over Twitter on Thursday night.

If our answer is anything but “wait until we shut down I-35 & all other port of entry roads entirely you son of a bitch,” then we’re not doing it right. #ComeAndTakeIt https://t.co/JTUM0p8ftE

Title 42, which is mentioned in the executive order, is an expulsion program from March 2020 designed to return illegal immigrants back to Mexico so as to contain the spread of the coronavirus.

The order is once more finding its way in the news. As Nick Miroff reported for The Washington Post on Wednesday:

The delay points to President Biden’s deepening predicament at the border, where the migration surge he has described as seasonal is growing larger this summer while coronavirus caseloads rise. Republicans have hammered Biden’s moves to ease Trump-era restrictions as a threat to public health. But the president is also taking fire from immigrant advocates who have denounced the expulsion program known as Title 42 and challenged it in court because it prevents most asylum seekers from applying for humanitarian protection under U.S. law.

Republicans members, including Rep. Roy, are fiercely determined to keep Title 42 in place.

"Republicans should be ashamed of themselves. I introduced legislation for a discharge petition to require the enforcement of Title 42 so that we will turn people away at the border who have COVID...Only about 125 of my Republican colleagues have signed."

Where are the other 80? pic.twitter.com/lVzvd3KEXL

The congressman spoke further about the hypocrisy involved when it comes to the mask mandate just recently put back into place for the House floor and House buildings.

Rep. @ChipRoyTX rants about the "embarrassment" of Congress playing "footsie with mask mandates" while the border crisis gets worse and worse. pic.twitter.com/mMMEvSipwY

.@SpeakerPelosi when she woke up this morning: pic.twitter.com/L1gtRWAcgN

As Townhall has covered at length, President Joe Biden on Thursday announced a mandate for federal works to either get vaccinated or submit to masks, social distancing, and regular testing. The reactions have been mixed from federal worker unions, though those who oppose do so strongly.

Meanwhile, the Canadian border has been closed since March 2020. It was just recently announced that it will reopen on August 9.