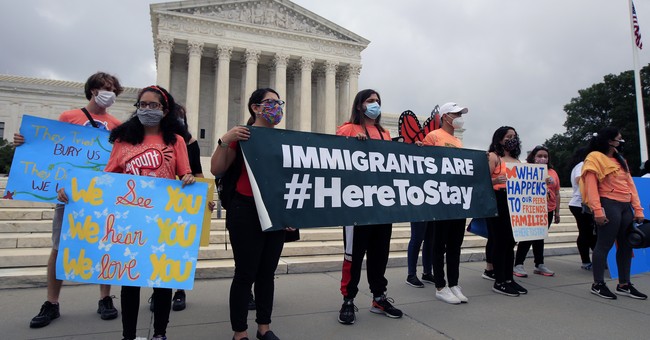 On Friday, Judge Andrew S. Hanen of the Southern District of Texas issued a decision which will block the Department of Homeland Security from approving new DACA applications.

Just in: A federal judge in Texas has blocked the DACA program going forward — it won't affect current recipients for now (judge is putting that issue on hold, pending expected appeals), but it blocks DHS from approving new applications https://t.co/urJh8jnJDd pic.twitter.com/LqvSDWx2ao

The decision found that President Barack Obama illegally exceeded his executive authority in 2012 when his administration created the DACA program.

Judge Hanen called the program an "illegally implemented program" and said "the public interest of the nation is always served by the cessation of a program that was created in violation of law and whose existence violates the law."

He held off for now on deciding how current recipients will be affected. "To be clear, neither this order nor the accompanying injunction requires DHS or the Department of Justice to take any immigration, deportation, or criminal action against any DACA recipient, applicant, or any other individual that it would otherwise not take," the decision concluded with.

We will still have to wait a bit longer until the fate of the DACA program recipients are decided for good though, with Judge Hanen citing "reliance" which "may, in fact, have increased over time."

The order as it would apply to current recipients is "stayed until a further order of this Court, the Fifth Circuit Court of Appeals, or the United States Supreme Court."

This case is a suit brought by Texas and several other states.