Biden Is Very Different from Trump on Foreign Policy, and the Press Actually Thinks That's a Good Thing 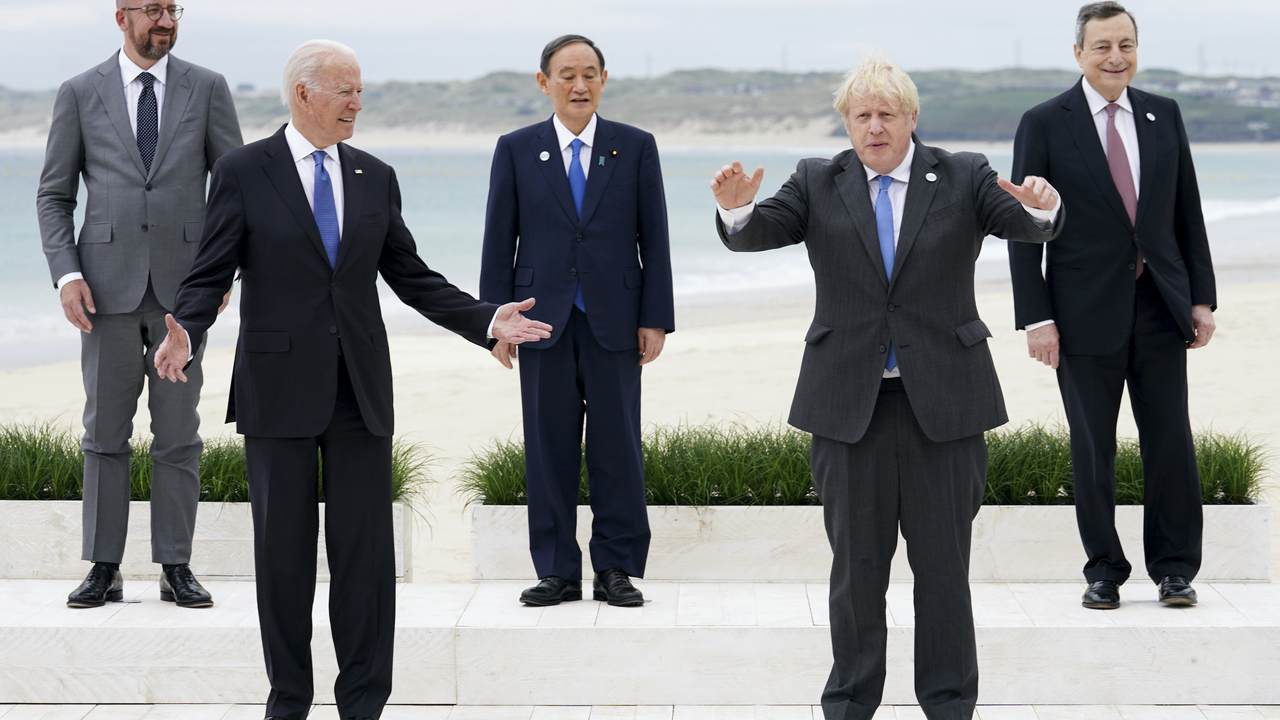 While President Joe Biden is currently taking part in his first trip overseas for the G-7 summit in the United Kingdom, we've known for a while that his administration is radically different from his predecessor's when it comes to foreign policy.

There's loads to write about how and why that is, but to summarize, our foreign adversaries do not take us seriously. We are not making headway with China, Iran, and North Korea, especially when they won't take our calls.

Well, actually, the Biden administration thinks that they have made some headway with China on their pet issue of the "climate crisis" because Xi Jinping agreed to tune in for Biden's Zoom call meeting on the topic.

The Biden administration is actually so hellbent, in fact, that climate czar John Kerry even stressed it was "very important" to "try to keep those other things away" when he wanted to work with his Chinese counterparts on climate change. For what it's worth, "those other things" are the acts of genocide and other atrocities the Chinese Communist Party is committing.

Kerry also apologized on-air during an interview with Sky News' "Sophy Ridge on Sunday," saying "we are very sorry for the last four years when the president didn't care about science."

'We are very sorry for the last four years when the president didn't care about science.'@JohnKerry tells @SophyRidgeSky that "no one nation" can tackle climate change on its own.#Ridge: https://t.co/jC2xzcMCbv pic.twitter.com/3Itbc5I3Ae

As it turns out, revelations about how it could negatively impact parts of China to take active steps in cutting carbon emissions make it unlikely that China could be expected to seriously stick to its commitments. That is if it was worth believing them, to begin with.

On Wednesday, at the start of his foreign trip, President Biden, yet again, sounded the alarm about the dangers of climate change, calling it the "greatest threat," as Leah reported. He had to clarify "this is not a joke."

The unofficial theme of the trip has been to highlight how different President Biden is from President Trump. It was the basis of PBS' Yamiche Alcindor's question at Monday's press briefing directed at National Security Advisor Jake Sullivan, in the most biased and agenda-driven terms you could imagine:

Q    Thank you so much.  My question is: Can you talk a bit about how President Biden plans to convince, especially our European allies, that President — former President Trump was an anomaly in some ways — all the things that he did to, in some ways, traumatize those leaders; calling into question the need for NATO.  What’s the plan there?  And is he concerned that those scars are going to be deeper than his ability to address them in this one trip?

So that’s what he’s going to try to demonstrate.  And he, as I said at the outset, feels he goes into this from a position of strength because of the record he’s built up over the course of the first four months.

As loaded as such a question is from Alcindor, it's just a different way of putting what others in the press are saying.

"Biden revels in Trump's absence from the world stage," read Anita Kumar's headline in POLITICO. Her piece opened by writing, "Joe Biden had many messages for U.S. allies during his first foreign trip as president. But perhaps none were more pronounced than this: I’m not Donald Trump."

It's almost the same exact story with Jordyn Phelps's writing for ABC News. "Biden's most important message overseas: He's not Trump," Phelps's headline read. "As President Joe Biden makes his presidential debut on the world stage, meeting with close allies at the G-7 summit Friday, his greatest task is accomplished by the simple fact that he is not Donald Trump," the piece began.

Kumar and other colleagues with POLITICO previewed how the G-7 will deal with the human rights abuses being committed by China, with "World leaders grapple with how tough to be on China." I'm not holding my breath that it will end up being very "tough."

If a president who cares about America First and wants to hold NATO members accountable when it comes to paying their dues is an "anomaly," then God help us.

In case you're looking for a reminder of what we're missing out on, the former president provided it last week while giving remarks at the NC GOP convention. His speech indeed covered his foreign policy accomplishments as well.

Trump may be out of office, but the Republican Party has the chance to take back control of the House and Senate, especially since the 2022 midterm elections will be here before we know it. Democrats hold a single-digit majority in the House, and only hold a majority in the 50-50 Senate because Vice President Harris serves as a tie-breaking vote.

It's worth emphasizing, repeatedly, that Democrats do not have as much of a mandate as they think they do; if they even have one, to begin with.

Further, the party not in control of the White House almost always gains seats in midterm elections, with only a few exceptions. It's crucial to make sure 2022 is not one of those exceptions, especially because it's so avoidable.