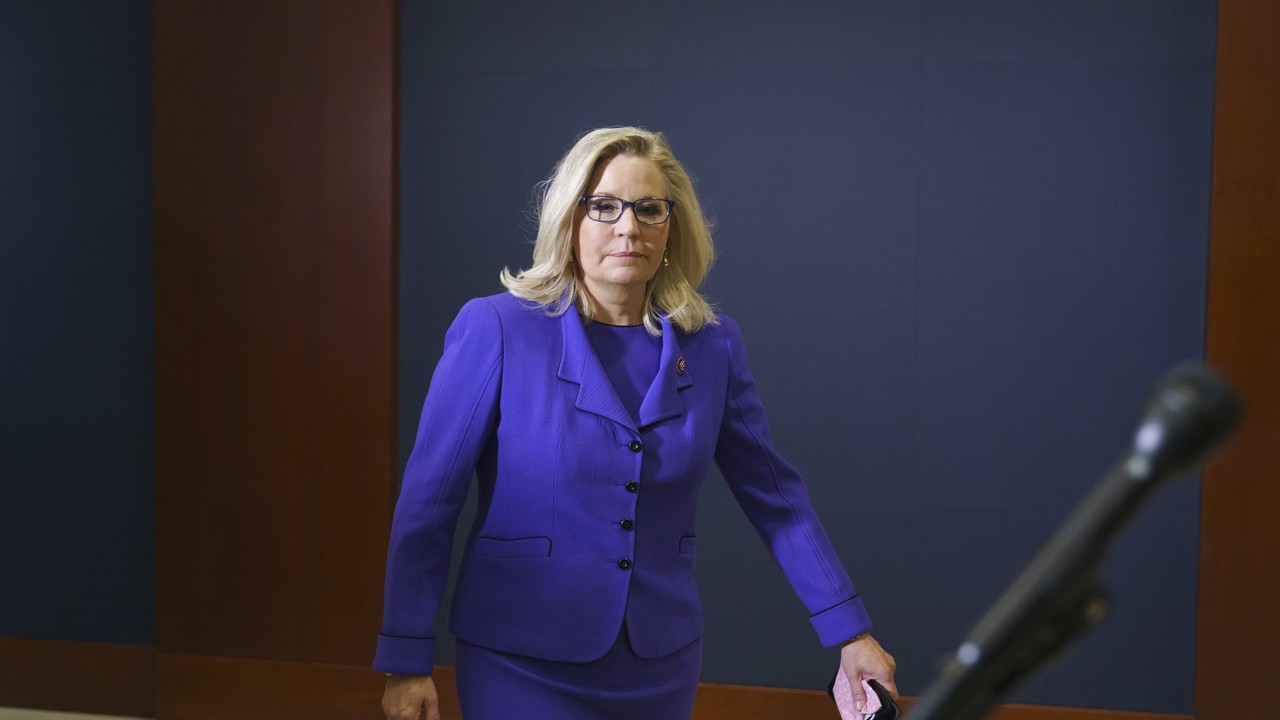 Rep. Liz Cheney (R-WY), who was, until Wednesday, the House Republican Conference chair, has been made into something of a martyr by the mainstream media and many on the left. She was voted out of leadership quite unequivocally through a voice vote, and more than one poll shows that it's not merely Republicans in the House who approved of such a change, but Republican adults as well.

A Yahoo News/YouGov poll found that by 65-17 percent, Republicans say "remove Cheney from her leadership position."

Unsurprisingly, Democrats feel nearly the exact opposite, in that they say to "leave Cheney in her leadership position" by 65-16 percent.

Independents and overall U.S. adults also were very similar to each other. By 43-31 percent, independents wanted Cheney to stay in leadership, as do overall adults, by 41-33 percent. Nevertheless, that means a significant portion of overall adults, specifically independents, can't say for sure how they feel, to the tune of one-quarter even. The splits are narrow enough that the preferred option could flip if enough undecided respondents answered she leave.

It's always worthwhile, crucial even, to look to how the statement was framed before respondents were asked to choose an option. "As you may know, House Republicans want to oust Liz Cheney from her position as the number three Republican leader in Congress because she has criticized former President Trump's claim that the 2020 election was stolen from him," it read in this case.

Even if there wasn't much wiggle room on the phrasing, either because the pollsters wanted to influence respondents, or because of something more legitimate, like it being an issue of space, it would have been better to highlight the nuances of why Cheney was ousted. The congresswoman lost the confidence of fellow Republicans in the House because such criticism was so incessant that she became a distraction.

Had the statement been phrased more along those lines, it'd be curious to see if it would have moved the needle at all, especially when there were so many undecided respondents among independents and adults overall.

In his write-up of the Yahoo News/YouGov poll, Jon Ward offered some advice for Cheney:

Cheney is making it clear she may run for president, which is one key way she can stay in the news. On Friday morning she called in to a New Hampshire radio station to do an interview — a blinking red signal that she wants people to think she’s considering a run, given the Granite State’s early primary. When asked about running for president, she said she was “not ruling anything out.”

This is one clear way Cheney can keep herself in the conversation and — more important — give herself some space to talk about something other than Trump. A purely anti-Trump message is unlikely to improve her standing among Republican voters.

Ward may be a bit too optimistic in this case. It's not so much a question as to how Cheney can appeal to Republican voters, but rather if she even can at all.

A CBS/YouGov poll, released Sunday, was blissfully more nuanced, as it should have been. It also honed exclusively in on Republicans, who, honestly, are the ones who ought to have a say in what happens with Republican members. The poll interviewed 951 Republicans online from May 12 to May 14, 2021, with a 3.5 percent margin of error.

By 80-20 percent, respondents agreed with Cheney's removal. There wasn't any of that loaded phrasing as there was in the Yahoo News poll, either. Respondents were asked whether they agreed with the removal or disagreed, and then asked to choose from as many provided reasons as they agreed with.

Three of the five provided reasons received majority support. The top chosen reason, at 69 percent, was that "she was not on message with the party" while 57 percent chose "she's wrong about the election" and 52 percent chose "she did not support Donald Trump." For the other reasons, 34 percent chose "it's a sign that disloyalty will be punished" and 10 percent chose "I'll support whatever the caucus decides."

For those who did not agree, the top chosen answer and only one to receive a majority was "there's room in the party for different views," with 64 percent.

The survey also asks about how Republicans feel on other aspects. The results aren't entirely surprising, but they are still fascinating. These respondents are not only Republican or lean Republican, but they faithfully so, which provides a helpful glimpse into those who make up the GOP.

A healthy plurality, at 43 percent, say they "always" vote in pluralities. Two-thirds say that the "Republican Party represents the views of people like you" either "all the time (12 percent)" or "most of the time (54 percent)."

Perhaps the least shocking response of all is that by 84-16 percent, respondents say "unfair" when asked "Do you think the news media reports on Republicans in a way that’s generally fair, or unfair?"

Respondents also want the GOP to follow Trump more on every single issue provided, by a strong majority. "Economic issues" and "Immigration issues" received the strongest support, at 89 and 88 percent, respectively.

Just in case this wasn't already an obvious takeaway already, Republicans still do like Trump.