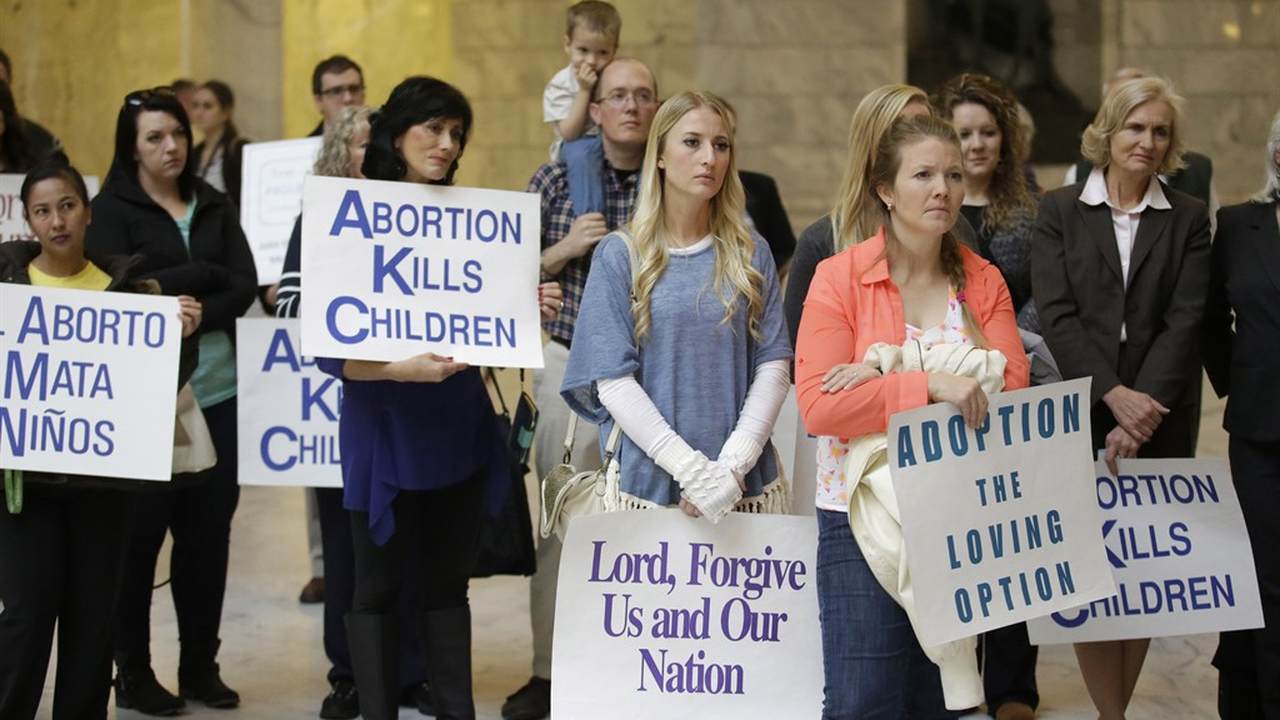 On Thursday, Pew Research Poll released a series of polls, including on abortion. According to the poll, 59 percent of respondents say that abortion should be legal in "all or most cases." While a majority of respondents seem to favor legal abortion, there is actually good news for the pro-life movement.

Thirty-nine percent of respondents actually say abortion should be illegal in "all or most cases," which is an uptick from 2020 when it was 38 percent.

NEW: % of US adults who say abortion should be legal in "all or most cases"

Dr. Michael New, a research associate at the Busch School of Business at the Catholic University of America and an associate scholar at the Charlotte Lozier Institute further analyzed the results in his column for National Review.

.@pewresearch released the first large poll on abortion attitudes since Joe Biden was inaugurated as President.

It shows a slight gain in pro-life sentiment. 39% of Americans think abortion should be illegal in all or most cases.

This is a one percentage point gain since 2020.

The new @pewresearch poll on abortion shows that polarization continues.

80% of Dems think abortion should be "legal in all or most cases" as opposed to 35% of Republicans - a 45 percentage point gap.

In 2014, the gap in abortion attitudes between the 2 parties was 30 points.

Both Dr. New and Hannah Hartig, in her write-up for Pew Research, take note of the stark contrast between the two political parties on the issue.

As Dr. New notes, "Self-identified Democrats and those who lean Democrat are 45 percentage points more likely than Republicans and Republican leaners to say abortion should be legal “in all or most cases.” Seven years ago, this gap in abortion attitudes was only 30 points."

Hartig writes that "The latest Pew Research Center survey, conducted April 5 to 11, finds deep disagreement between – and within – the parties over abortion. In fact, the partisan divide on abortion is far wider than it was two decades ago."

At least Dr. New was at least able to recognize the gains the pro-life movement has made. Though Hartig does not come at it from an ideological perspective, she does point to a decrease in Republicans who say abortion should be legal, from 39 percent in 2007 to 35 percent in this poll. It's also encouraging that only 22 percent of "Conservative Republicans/Lean Republicans" say abortion should be legal in all or most cases.

As a pro-life Republican woman, I am personally encouraged to see that only 39 percent of Republican women say abortion should be legal in "all or most cases."

Both analyses point to how the Democratic Party has really turned to pushing for making abortion legal, in line with such poll trends. "This shift explains why many Democratic elected officials have become more aggressive in their support for legal abortion in a relatively short period of time," Dr. New offers.

Hartig also examines poll results as it applies to religious affiliation. A whopping 82 percent of religiously "unaffiliated" respondents say abortion should be legal "in all or most circumstances." The only demographic who says so at a higher percentage is liberal "Democrats/Lean Democrats," which is 89 percent.

Kelsey Hazzard, the President of Secular Pro-Life, who shared that she is herself an atheist, spoke to Townhall about the results. "For the past five decades, the abortion industry has caricatured the pro-life movement as exclusively old, white, conservative Christians. Unfortunately, that propaganda has been very effective. Pro-life advocates must work overtime to defeat false stereotypes before we can even get a hearing. The truth is that every human being began life as a zygote, and Americans of every faith and none recognize abortion to be a violation of basic human rights," she said.

Dr. New's take closes with a suggestion for the pro-life movement, that "pro-lifers in blue states need to continue to mobilize Republicans and independents to protect the existing pro-life laws in their states." Dr. New had previously discussed the surge of pro-life laws in the state legislatures with Townhall--536 in 2021 so far alone--which is another encouraging sign for the pro-life movement.

Commenting on polls is something of a hobby of mine, and I eagerly await other polls to come out on the abortion issue, particularly the even more comprehensive Gallup poll, which should be coming out soon.