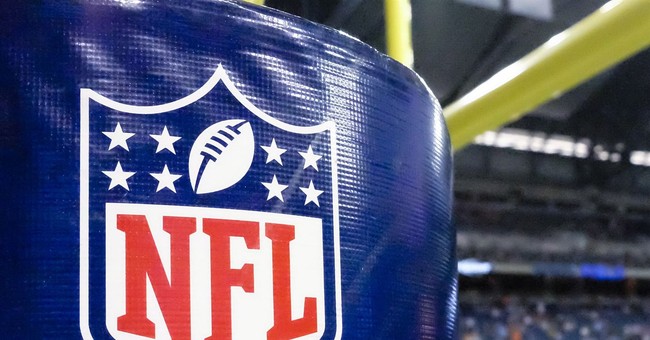 Even if you didn't watch the 2021 NFL Draft, which was from Thursday to Saturday, it's still inspiring to know the story of two particular picks. Micah Parsons, who was selected by the Dallas Cowboys as the 12th overall pick, was almost aborted. The 21st overall pick, Kwity Paye, who was selected by the Indianapolis Colts, was born in a refugee camp in Guinea. After some particularly humbling beginnings, these men are now going on to doing great things.

Micah Parsons was, as PennLive Brian Linder noted in his subheadline, "spared from abortion." The endearing piece, "Mom’s ‘biggest blessing,’" is from April 20:

No matter how far Micah Parsons goes — or doesn’t go — in the NFL, he will always be Sherese Parsons’ “biggest blessing.”

Relationships rarely exist like the one the Penn State All-American enjoys with his mom.

Both will look you straight in the eye and tell you divine intervention played a role.

That’s because one of the most-gifted athletes Harrisburg has ever produced was almost never born.

Micah dropped that bombshell when he arrived alone — no posse, hangers-on or agents — at PennLive for a pre-NFL draft interview.

“It’s actually a crazy story,” he said. “I don’t think I’ve ever told anyone this before. My mom already had two kids when she got pregnant with me. She just didn’t know if she could afford it.”

Sherese was 24 and juggling two jobs to keep food on the table for two children, when Micah’s impending arrival caught her off-guard.

To make matters worse, Micah’s dad, Terrence, was in and out of their Jefferson Street house.

“I was like, ‘I’m already struggling,’” Sherese said. “I told his dad, ‘I think I’m going to the clinic.’ I was really thinking about it.”

What happened next could be chalked up to coincidence, but Sherese believes something spiritual occurred.

Outside of Terrence, no one knew she was pregnant, and they certainly didn’t know she was contemplating an abortion.

One day the phone rang, Sherese said, and on the other end was Sister Hall from the church. When Sherese told her that she was “doing fine,” Hall said she was hiding something and eventually surfaced the truth.

“She talked my mom out of it,” Micah said. “I think that is why (my mom) was always like, ‘God looks over you, son, and you should continue to keep doing good things in your life and give back to God.’ That was one of the first lessons she taught me.”

Even the name Micah has a story. It came to Sherese in a late-night dream.

“That’s why,” Micah said, “it’s always seemed like I was brought into this world to do something bigger than just play football.”

Well, Nicole Auerbach, a sports writer at the Athletic couldn't fathom that someone would tell a story like that, as Joe Kinsey at OutKick reported, writing that "WOKE ALL-STAR IS FURIOUS NEWS OUTLET WON’T CONFORM TO HER VIEWS WHILE TELLING MICAH PARSONS’ LIFE STORY."

I can't believe you're complaining about this! He was spared from abortion and he and his mom are happy that he is alive. I think the real question is why does that bother you so much?

As Fox News' David Rutz also reported, Brian Linder even had to address why he covered the story in such a way, though at least it just made for a more hopeful story, while it made Auerbach look more deranged in her pro-abortion hysteria. Still, it should never have been necessary, no matter that the language "offended" someone; to be "offended" is to basically say you're "offended" Micah Parsons' life wasn't ended before he was born.

the lede - the fact that Sherese was a struggling young mother faced with a difficult decision - were not surprises to the family. Even so, after some of the concerns expressed by others, I circled back yesterday and, again, all involved were fine with the story and headline.

Despite that, I have asked that we examine the reasons why the packaging offended some and whether or not that could have been avoided. Perhaps, it couldn’t have. We also opened the piece up to all readers so they could get full context of the amazing story the family shared.

Excellent job @SportsByBLinder These stories matter. Fortunately, there are still some good journalist in the business that care about writing good content on people, showing all sides, as opposed to harping on the same regurgitated, negative stories. ?? https://t.co/ge1etn1GEo

I thought we were supposed all be about someone's humble beginnings? When they were so eager to share those beginnings with others? Well, except when it rains on a pro-abortion writer's parade.

Fortunately, the takeaway from this story is that Micah continues to be blessed. Even just a cursory glance of his Twitter account shows how humble the young man is. He looks to be going places, too. On Sunday morning, Mike Florio wrote for NBC Sports that "Micah Parsons opens as favorite to win defensive rookie of the year."

In an April 24 piece for ESPN News, Hallie Grossman wrote "Meet the NFL draft's most extraordinary prospect, Kwity Paye." It's hard to argue with such a title, considering he was born into a refugee camp in West Africa, came to Providence, Rhode Island, when he was 9 months old, and didn't even have a birth certificate.

His love of football started when his mother signed him and his brother, Komotay Koffie, up for the sport as part of the Boys and Girls Club.

Despite the cost of Kwity's education at Bishop Hendricken requiring her to work multiple jobs to keep the family financially afloat, his mother, Agnes, did so, especially after he told her if she kept him in school there she wouldn't have to pay for college.

Eric Rueb of the Providence Journal also highlighted Kwity's story, writing "From refugee camp to Colts: These moments launched RI's Kwity Paye's NFL football career." A theme of Rueb's piece was how clear it was Kwity would be good at the game even in high school. "There wasn’t one play or moment in Kwity Paye’s career at Bishop Hendricken that you could point to and say yes, this is the player who's going to be Rhode Island’s first NFL first-round draft pick since 1939," he opened his piece with.

Perhaps one of the most famous moments of the draft is Kwity sharing his mother is "done working and she's retired."

Kwity Paye telling his mom she can retire now is the moment of the night pic.twitter.com/tKcPukaEq0

After he was drafted by the Colts, Kwity Paye said his mom was "done working and she's retired."

From West Africa to the NFL, this is the story of how @OfficialKwity honors his mother for all the sacrifices she made so her children could have a better life. pic.twitter.com/vqVhnwDDIB

Named after his grandfather who couldn’t escape Civil War.
Named by his mother who did — twice.