WaPo Comes Up with Asinine Article on Biden's Faith and Abortion 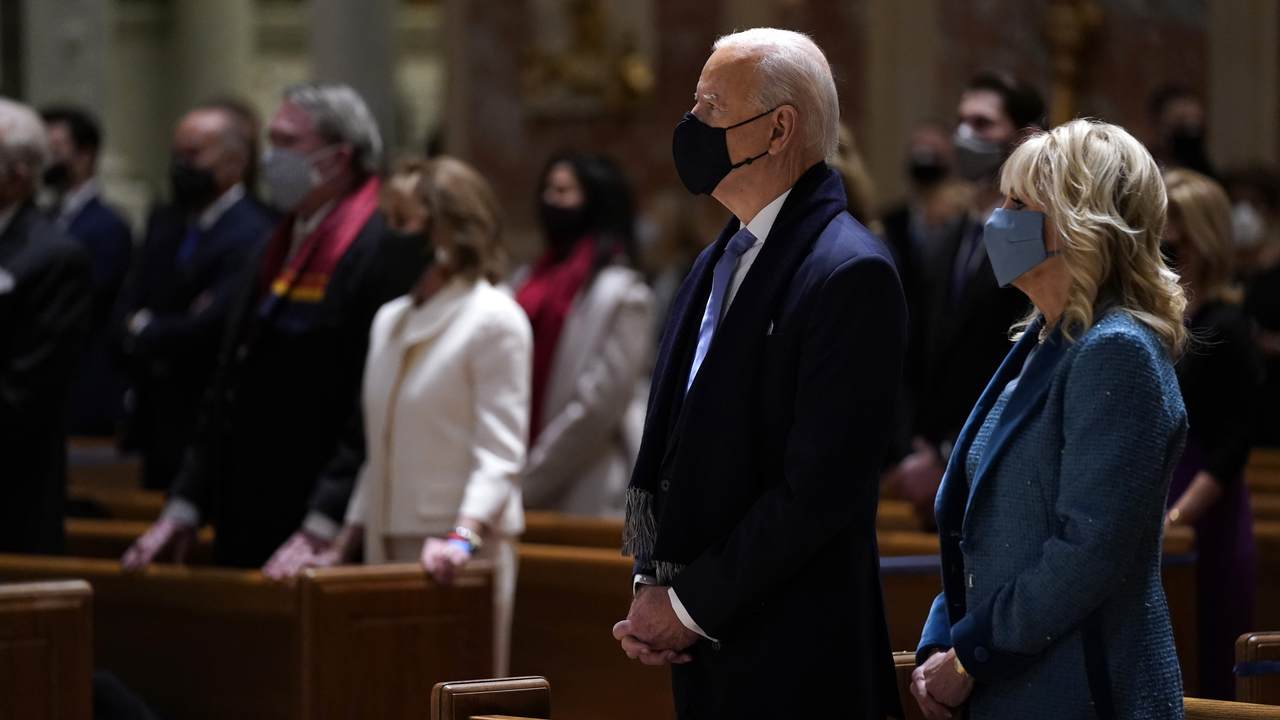 Editor's Note: This piece has been updated to include tweets from Live Action's Lila Rose.

Yesterday, I wrote an article that referenced a Washington Post piece from Michelle Boorstein. Now, I know it's the Washington Post, which has posted many an article in support of President Joe Biden, including and especially on our Catholic president being "devout" in his faith despite his public support for abortion causes being a grave scandal, according to the Church. Boorstein's article from Thursday, "Biden’s abortion rights stance triggers coming debate among Catholic bishops on Communion," was particularly polarizing.

The opening paragraph alone is problematic:

Having a U.S. president who attends Mass week after week and talks about his faith is powerful to millions of American Catholics. But to millions of others, a Catholic U.S. president enacting one policy after another in favor of abortion access is a source of shame. This conflict is now headed directly at the U.S. church’s leadership group, which plans a vote about it at its spring conference.

Yeah, Biden attends Mass on a regular basis. He talks about it. It may be "powerful," but again, that's why it's such a scandal. He may talk a big talk, but he doesn't walk the walk in keeping in line with his faith. It's "a source of shame" not just to "millions of others," but to every Church teaching itself.

What we should really take issue with, however, is this point, with added emphasis. "Since his election, the increasingly loud right wing of the church has made clear that Biden cannot continue to expand abortion rights and call himself Catholic and go unchallenged." Boorstein means Catholic bishops, including Archbishop Joseph Naumann, who Boorstein mentions by name later in her piece. Naumann was elected by his fellow bishops to be the Chairman of the U.S. Conference of Catholic Bishops’ Committee on Pro-Life Activities.

Boorstein's opening paragraph was at least a preview of what was to come. Another excerpt states:

Now there is a Catholic U.S. president for the first time since the early 1960s, and one who is passionately open about both his Catholic faith and his liberal politics on topics like reproductive freedom and LGBTQ equality — both areas with which he and a majority of other U.S. Catholics disagree with their church’s doctrine.

Be that as it may when it comes to Boorstein's last point, and the polls do back this up, it doesn't change Church teaching. President Biden is the most prominent Catholic political figure in the country and ranks up there in the world. He has a duty to set a proper example.

"Will they press harder on abortion purity? Will they seek compromise to work on the many issues on which the church agrees with Biden, such as refugees and immigration and poverty?" Boorstein also asks. While Archbishop Naumann offered in his interview with Emma Green of The Atlantic that the president does do good work in upholding Catholic teaching on those issues, that's not exactly the point when abortion is one of the top so-called policy issues, if not the top. Seriously, if I may provide one piece of advice to the USSCB, it's that the body needs to shout it louder for the people in the back when it comes to the issue's importance.

Boorstein reiterates her main point toward the end:

...The topic of Biden raises complex issues about Catholics in public life, such as what governmental policies actually reduce abortions; how scripture and doctrine should apply to a secular, multifaith society; and how bishops should engage on other life-or-death issues such as stem-cell funding and capital punishment.

A major flaw is that the very theme of Boorstein's piece seems to make this about Right versus Left and the United States being a secular society with a First Amendment and separation of church and state – the latter which isn't in the Constitution, by the way. All of this is true. With some notable exceptions, those on the Right are opposed to abortion, while those on the Left are in support. And thank God for our First Amendment. It's the first for a reason. But, this piece misses the point that it's not about any of the above; it's about how Biden publicly portrays himself, as does the like of Boorstein herself who gushes over the president's faith, as such a good Catholic. To be so "devout," he really cannot be so ignorant of fundamental Church teaching. There's no excuse.

Boorstein includes a statement from Brian Burch, president of CatholicVote. His statement is referenced in my piece from yesterday. He also provided a statement to Townhall on Friday:

There’s an old adage that the definition of a good Catholic is someone who knows they are a bad Catholic. Calling yourself  “devout” is simply not something most Catholics feel comfortable saying about themselves.

We are all weak and we are all in need of God’s grace. But it doesn’t take a theologian to understand that some actions are objectively worse than others.

Repeatedly and publicly advocating for the intentional destruction of innocent life, including coercing conscientious Americans to pay for it, certainly ranks near the top of what the Church calls a “grave matter.”

The sycophantic mainstream media fawning over Biden’s faith is an embarrassment -- and reveals in many ways their transparent effort to redefine a 2000-year-old institution that has stared down far bigger adversaries than Twitter pundits or the Washington Post.

The central question posed by the scandal of Joe Biden is whether the Catholic Church truly believes what it professes -- and whether her leadership can muster the courage to defend itself from those seeking to remake it for their own political purposes. Is there anything a Catholic public official can do that disqualifies them from full communion with the Church?  New Orleans’ Archbishop Joseph Rummel certainly thought so. He instructed that communion be withheld from racist Catholics who refused to desegregate Catholic schools in the 1950’s.  The result?  The offenders eventually repented, while African American children were welcomed into schools.

Boorstein does accurately explain the importance of Communion, in that the Eucharist is "the holiest of Catholic sacraments that shows a believer’s union with the whole church and Jesus." Catholics believe in transubstantiation, which means the Eucharist becomes the body of Christ. Boorstein and the rest should then recognize how crucial it is to not publicly diverge from one's faith in such a way with the kind of platform President Biden has.

Boorstein's piece did indeed receive attention over Twitter and other outlets and not exactly in her favor.

There's no such thing as a "very catholic" person who fights as hard as Joe Biden does for abortions, no matter what the Washington Post says.

Washington Post comes under fire for labelling Biden 'very Catholic' despite row with bishops over his pro-choice support https://t.co/Y8EEBwkHqP

The Washington Post Misses the Mark on Biden and Catholicism | by @xan_desanctis https://t.co/RSc1dd09Vd

It takes an unreal level of hatred from The Washington Post's staff and publisher to call the almost-entirely liberal bishops of the United States "a rising group of right-wing U.S. Catholic bishops" for daring to stand for the lives of the unborn.https://t.co/utdqhonsAl

"Very Catholic who supports abortion rights" is impossible, like saying "a devout Muslim who loves pork." It would be an insult to Muslims & this headline is an insult to Catholics.

@PillarCatholic @cnalive @NCRegister This may be a good piece...the wildly ignorant reporting by mainstream outlets like @washingtonpost on the Bishops' proper condemnation of Biden's scandalous & sinful promotion of killing children.