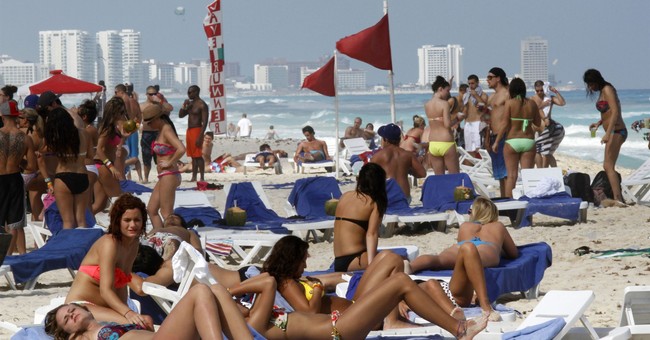 The vote isn't exactly surprising with all of the mayhem and rowdiness spring breakers have brought with them this year to the Sunshine state. Overall, the state of Florida has seen countless fights, stampedes, arrests, and officer injuries. Police have also had to fired pepper balls into unruly crowds when trying to make arrests and to enforce curfews.

The curfew is meant to "contain the overwhelming crowd of visitors and the potential for violence, disruption and damage to property" as well as protect residents and other visitors not there for spring break.

Causeway closures have led to traffic jams and complaints as well, but Assistant Police Chief Paul Acosta said they would be tweaking the traffic plan.

Such a curfew was already in place, but Interim City Manager Raul Aguila needed the commission in order to have a curfew for more than 72-hours.

Aguila noted that "these aren't your typical spring breakers," which again, isn't all that surprising either. They're particularly wild this year, perhaps to make up for lost day from last year's shutdowns. As Commissioner David Richardson pointed out, "I believe it’s a lot of pent-up demand from the pandemic and people wanting to get out."