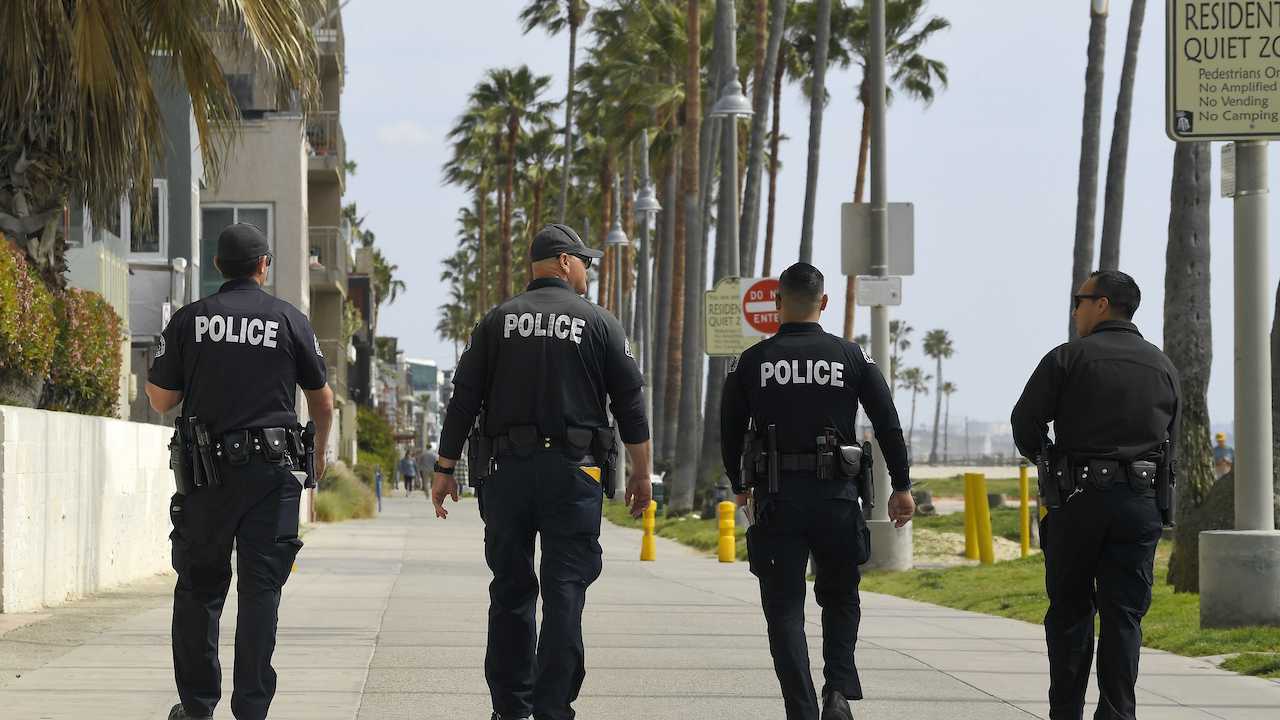 On April 6, the California Assembly Public Safety Committee will hold a hearing on AB 655, the California Law Enforcement Accountability Reform (CLEAR) Act. The legislation would require law enforcement applicants take a background check to see if they have "engaged in membership in a hate group, participation in hate group activities, or public expressions of hate." If so, the applicant would be disqualified, and for current officers, that would be grounds for firing.

Unhelpful, however, is how broadly "hate group" and other terms are defined.

A "hate group" is defined as "an organization that, based upon its official statements or principles, the statements of its leaders, or its activities, supports, advocates for, or practices the denial constitutional rights of, the genocide of, or violence towards, any group of persons based upon race, ethnicity, nationality, religion, gender, gender identity, sexual orientation, or disability."

Under the "Public expression of hate" definition, police officers would be prohibited from "any explicit expression... in a public forum, on social media including in a private discussion forum, in writing, or in speech." The term also refers to

Not only does "public expression of hate" have to do with a "public display of any tattoo, uniform, insignia, flag, or logo."

It's not so much what can't police officers who hold certain views say or do, but what they can.

KCRA, a local NBC station, included a letter of opposition in their reporting, from Matthew McReynolds, the Senior Staff Attorney at the Pacific Justice Institute, which has "represented both courageous members of law enforcement and victims of mistreatment by law enforcement." At one point the letter reads, with added emphasis:

Unfortunately, under the guise of addressing police gangs, the Bill at the same time launches an inexplicable, unwarranted, and unprecedented attack on peaceable, conscientious officers who happen to hold conservative political and religious views. Indeed, this is one of the most undisguised and appalling attempts we have ever seen, in more than 20 years of monitoring such legislation, on the freedom of association and freedom to choose minority viewpoints. The Bill does this with extraordinarily sweeping definitions of hate groups and public expression. If enacted, this legislation will almost certainly be struck down as unconstitutional.

McReynolds' letter takes specific issue with the reference to "constitutional" as well as the definition of a "hate group," to do with the "breadth of this definition." Examples include:

-Are the many conservative organizations pejoratively labeled “hate groups” by the discredited Southern Poverty Law Center—because they oppose radical LGBTQ ideology—actual “hate groups” within the meaning of this legislation?

-Is the Catholic Church a “hate group” because it advocates for the sanctity of life and thereby rejects the constitutional rights of women to obtain abortion?

-Are the thousands of churches in California which voiced support for Proposition 8, the traditional definition of marriage, “hate groups” because they opposed LGBTQ constitutional rights to marry?

-Are the careers of Muslim officers in jeopardy if the mosque where they offer prayers has ever spoken out against homosexuality or gender equality?

-Is the Republican Party a “hate group” because it does not endorse gender identity as a constitutional right?

The letter also warns that "AB 655 would usher in a new era of McCarthyism, this time directed against religiously conservative public servants belonging to conservative or religious groups pejoratively and unfairly labeled 'hate groups.'"

KCRA also included a fact sheet from the bill's sponsor, Assembly Member Ash Klara. Under "Solution," the fact sheet claims that "AB 655 will increase public trust in law enforcement by rooting out those who would jeopardize public safety with extremist and violent behavior."

Klara is also reported as saying "The role and responsibility of peace officers is so important for a community healing — for a community’s safety — and the people in the community don’t feel that those that are entrusted with that responsibility look at them in a way that’s unbiased. That undermines our entire public safety system."

Sorry, we're calling BS to all of that. Klara should be worrying about himself as to if his targeting of police officers he disagrees with is perhaps what "undermines our entire public safety system."

Don Thompson's AP reporting of "California bills would take badges from misbehaving officers," which we hope isn't how he's describing police officers who would be unfairly targeted by Klara's bill, warns of other polices targeting officers. "California would start licensing law enforcement officers, create a way to end their careers for misbehavior including racial bias, and make it easier to sue them for monetary damages," his piece wrote.