Education Secretary: Parents Are Not 'Primary Stakeholders' in Education Decisions 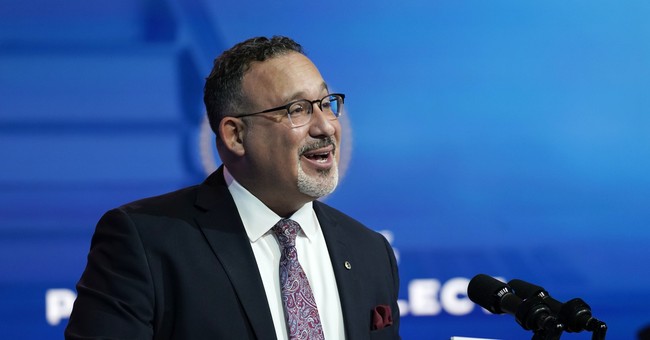 Biden's Education Secretary Cardona says parents should not be the "primary stakeholder" in their kids' education. pic.twitter.com/kZo2pr7Bds

Virginia gubernatorial candidate Terry McAuliffe (D), who is vying for his old job in the governor's mansion back, also came under fire for similar comments. McAuliffe said that parents should not dictate what curriculum is being taught to their children in schools.

Glenn Youngkin: "I believe parents should be in charge of their kids' education."

Terry McAuliffe: "I don’t think parents should be telling schools what they should teach." #VAgov pic.twitter.com/LqIlRMLKgj