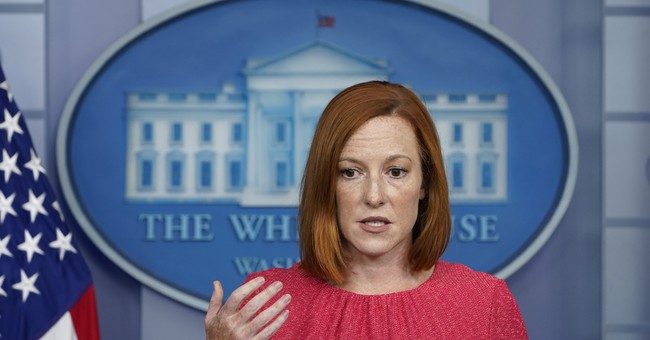 White House Press Secretary Jen Psaki dismissed the growing crisis at the southern border last week, and claimed that Republican governors are failing to put forward “solutions or steps” for the Biden administration to control the crisis.

.@PressSec Jen Psaki: "There are a lot of Republicans out there giving speeches about how outraged they are about the situation at the border. Not many who are putting forward solutions or steps that we could take. So we're a little tired of the speeches." pic.twitter.com/ujqfcJOrOX

In reality, 26 GOP governors penned a letter to the Biden administration pleading for a meeting with the president to discuss the lack of federal action regarding the border crisis. Republican governors who signed onto the letter reminded Psaki of their request, which was subsequently ignored by the president.

.@PressSec, 26 Republican governors sent a letter to @POTUS this week asking to meet and discuss a solution to the border crisis caused by this administration’s failed policies. We’re still waiting for a response. https://t.co/3ynYoGjH1Z pic.twitter.com/grzUdVEUG0

No, Americans are tired of a federal government that is ignoring the crisis at the border, just like the White House is ignoring a request for a meeting from 26 of the nation’s governors: https://t.co/9QWDkZeJfG 1/ https://t.co/snNpl3czCU

26 Republican governors, myself included, have asked for a meeting with the president. We want solutions, @PressSec. It appears this White House is settling for inaction and disasters. The American people won’t have it. #alpolitics https://t.co/5SfBtsVasD pic.twitter.com/GLoSiQEsXf

.@PressSec I'm one of 26 governors who asked @POTUS for a meeting to discuss the border crisis & offer those solutions you're looking for.

Americans are tired of this administration's failure to enforce the law and secure our border.

.@PressSec: We asked @JoeBiden for a meeting and are waiting. Meanwhile, he ignores the problem and wrongly attacks the brave men and women defending our border. https://t.co/RDTew2lrqB pic.twitter.com/BJ59h32fZb

Republicans are the only ones offering solutions. I sent troops this summer to help Texas’s efforts to secure the border and address this crisis. I’m sending more next month on a federal deployment. The Biden Administration is playing catch up.