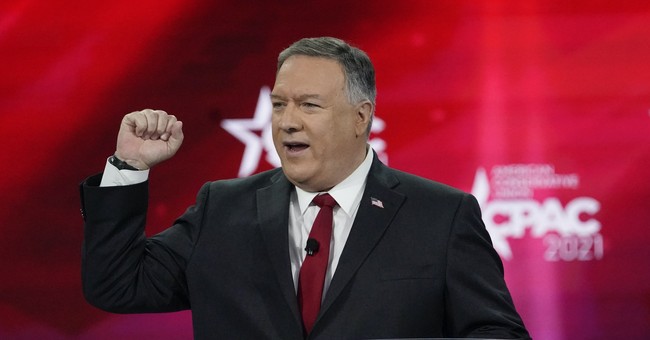 Pompeo, along with former New Jersey Governor Chris Christie (R-NJ), are spearheading a GOP effort to push back on Democrats’ efforts to skew congressional maps unfairly. The two are leading a new political action committee (PAC) focused on redistricting ahead of the midterm elections. Pompeo noted that Democrats do not intend to play fair, or follow the normal process, with redistricting efforts.

“These commissions have turned out to be in almost every case a fraud. The Democrats use it either they've got the numbers to roll it or if not they just boot the commissioner, kick it out or submit a new map disconnected from the commission. It's not about the commission. I want state elected officials to know: the Democrats aren't gonna respect the process. They're not gonna respect fairness. They're not gonna do this right,” Pompeo told radio host Hugh Hewitt. “Know that this is a fight. Know that Obama and Holder are leading this fight and they are well-funded by progressives on the left. We have to match that firepower. We have the ability and whether it's a commission in a place like New York or a place like Illinois or a more straightforward political process we have to present good maps that have been based on data and science and the census data.”

"I want state elected officials all across the country to know: the Democrats aren't gonna respect the process... know that Obama and Holder are leading this fight ... We have to match that firepower." pic.twitter.com/ixtESTL0rK

The former Trump administration official noted that with fair maps, Republicans can take the speaker's gavel from House Speaker Nancy Pelosi (D-CA). Republicans are favored overwhelmingly by election forecasters to take back the majority in the lower chamber in the 2022 midterm elections.