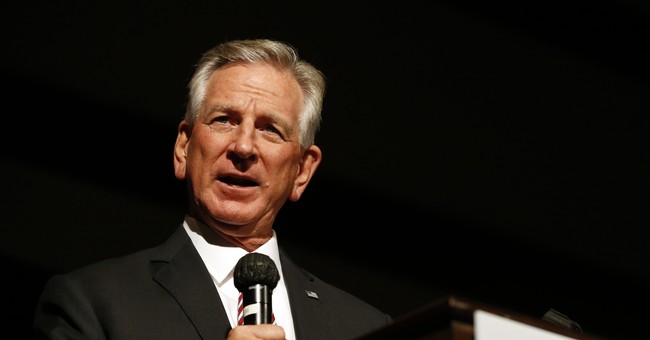 Health and Human Services (HHS) Secretary Xavier Becerra recently took control of the distribution of life-saving monoclonal antibody (mAb) treatments for coronavirus. The department now has the authority to regulate the distribution and usage of the treatment in all 50 states and restrict states that are using what the government determines as more than the “fair share.”

Senator Tommy Tuberville (R-AL) argues that the rule singles out Republican-led states, and pushed for an explanation on the decision in a letter to Becerra.

“HHS will now mandate providers appeal to their state health departments for mAb orders. State health departments must then look to HHS to tell them exactly how many doses they are permitted to receive that particular week, dependent on a formula that HHS has yet to explain in specific detail. In the days since this change was reported, my office has been inundated with pleas for help from providers whose mAb orders were not fulfilled. This announced change in policy is already affecting lives – patients are being turned away who otherwise could be treated with mAb drugs. It is imperative that HHS explain why these changes come at such a critical time and why states that most need these treatments the most are being targeted,” Tuberville wrote. “It is my understanding that seven states (Alabama, Florida, Texas, Mississippi, Tennessee, Georgia, and Louisiana – notably, majority-Republican states) were told that they would likely have their supply of mAb drugs reduced by the new protocols. While I certainly understand that these states may have lower vaccination and higher hospitalization rates than others, it stands to reason that they would benefit more from a steady and direct supply of mAb treatments to keep hospitalization rates down.”

He went on to ask about specific metrics that led to the department’s decision, which the rule does not specify.