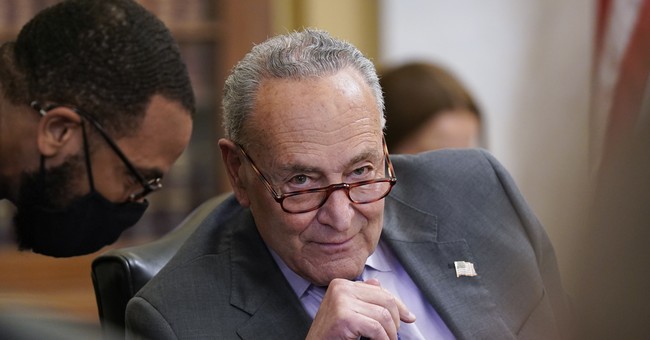 Senate Majority Leader Chuck Schumer (D-NY) incorrectly claimed that all Americans were safely evacuated from Afghanistan, despite the Biden administration's concession that citizens were left behind.

“The Americans, all of whom wanted to come out, have come out. Praise God,” Schumer said.

While Schumer claims all Americans were brought home, Secretary of State Antony Blinken admitted on Tuesday that it will be difficult to evacuate Americans safely without U.S. forces on the ground.

Biden promised “if there are American citizens left, we’re going to stay until we get them all out.”

He broke his promise.

Now, Secretary of State Blinken says it’s a “challenge” to evacuate Americans without “personnel on the ground.” pic.twitter.com/MEoNAztiO6

As Secretary of State Antony Blinken walks away from the podium, a reporter asks:

"Just to clarify, no American has made it out?"

Blinken does not respond. pic.twitter.com/2e8tSEwZ1D