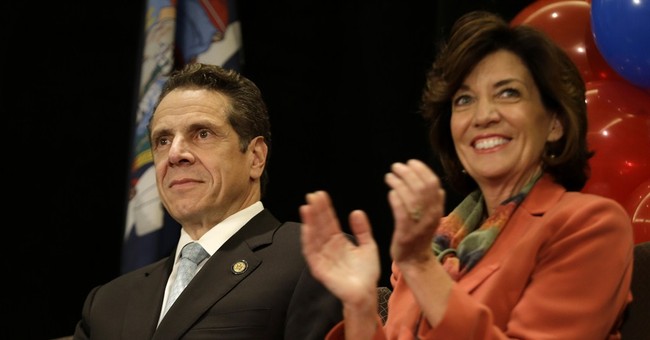 Disgraced New York Governor Andrew Cuomo (D-NY) is officially out of office after offering his resignation in light of a damning report detailing years of sexual harassment in the workplace. The misconduct scandal is also accompanied by the shameless COVID policies implemented by Cuomo that caused an influx of preventable deaths in nursing homes. His administration admitted that all data was not published truthfully, and Cuomo's successor made a major concession about the cover-up.

"We're now releasing more data than had been released before publicly, so people know the nursing home deaths and the hospital deaths are consistent with what's being displayed by the CDC," Hochul said during an appearance on MSNBC on Wednesday. "There's a lot of things that weren't happening and I'm going to make them happen. Transparency will be the hallmark of my administration."

The federal government had previously launched a probe into Cuomo's disgraceful nursing home scandal, but the disgraced governor faced no consequences. Republican lawmakers are still pushing for answers via additional investigation.

Recommended
Elon Musk Condemns Those Who Pushed Russia Hoax
Sarah Arnold
Share this on Facebook
Tweet
Wells Fargo Whistleblower Claims Bank Held ‘fake interviews’ For Diversity Efforts
Sarah Arnold
Should We Be Worried That Bill Barr Is Going to Cooperate With the January 6 Commission...Allegedly?
Matt Vespa
Did a Late ABC News Reporter Warn Us About the Dems' Growing Abortion Extremism Back in 2012?