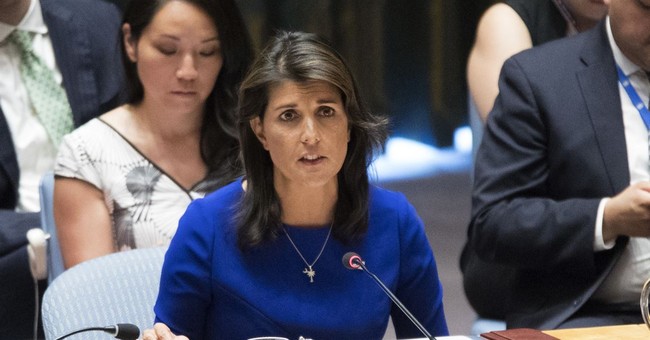 Former Ambassador to the United Nations Nikki Haley joined the bipartisan chorus of voices criticizing President Joe Biden for his botched withdrawal of forces from Afghanistan.

“On the Afghan/Pakistani border, where those terrorist organizations stand, they are all plotting now. And you know what they’re plotting? They’re singing the same mantra they always have, which is ‘Death to America.’ That’s what we’re dealing with now,” Haley said on Fox News on Tuesday. “President Biden and Kamala Harris owe us answers. This was wrong. It was a slap in the face to every military family. It was a slap in the face to the American people. And the Afghan people deserved better.”

Joe Biden’s miserable failure in Afghanistan is a slap in the face to every veteran, military family, and American. pic.twitter.com/Q4TU1NpHMd

While Afghanistan falls to the hands of terrorists in the Taliban, National Security Advisor Jake Sullivan admitted on Tuesday that the president has not yet spoken with any world leaders.

Joe Biden has not spoken to a single world leader since the fall of Kabul. pic.twitter.com/mZMLn2dnZ8

The administration also would not commit to bringing every American home.

SULLIVAN: "What I'm going to do is stay focused on the task at hand which is getting as many people out as rapidly as possible."

REPORTER: "So you can't commit to bringing back every American?" pic.twitter.com/mS6LbIgi4p

President Biden briefly addressed the crisis on Monday, but would not take full responsibility for the botched response and did not elaborate on the administration's plan for further action.