Times Up Exec Who Covered for Cuomo Resigns 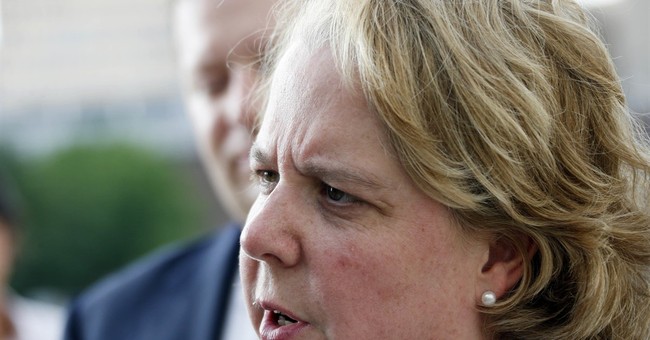 An executive at TimesUp, an organization founded to combat sexual misconduct and support women, was found to be aiding disgraced New York Governor Andrew Cuomo (D-NY) during his sexual harassment scandal. Roberta Kaplan, co-founder of the organization, resigned her position after it was discovered that she aided the embattled governor. Her help to Cuomo was a direct contradiction to the organization’s mission.

“Attorney Roberta Kaplan, a co-founder of Time’s Up Legal Defense Fund, and Alphonso David, the president of the Human Rights Campaign, are now facing questions about their role in Cuomo’s aggressive effort to fight back against his accusers,” a WaPo report on Kaplan’s work with Cuomo reads.

Kaplan blamed others for fueling her resignation, rather than admitting her own hypocrisy in the Cuomo battle.

“Unfortunately, recent events have made it clear that even our apparent allies in the fight to advance women can turn out to be abusers,” Kaplan wrote in a letter submitting her resignation, per The New York Times. “We have felt the raw, personal and profound pain of that betrayal.”

NEW YORK (AP) — Time’s Up leader Roberta Kaplan resigned Monday over fallout from her work advising Gov. Andrew Cuomo’s administration when the first allegations of sexual harassment were made against him last year.

Kaplan’s decision to step aside follows the resignation of Melissa DeRosa, Cuomo’s former, longtime top aide. Cuomo is under pressure from all sides to resign in light of the damning findings of the independent investigation into him, but has refused to do so thus far. Lawmakers at the state level are considering impeachment of the governor.

Remember That '$0.16' July 4th Savings Last Year? Here's How Much It Went Up This Year