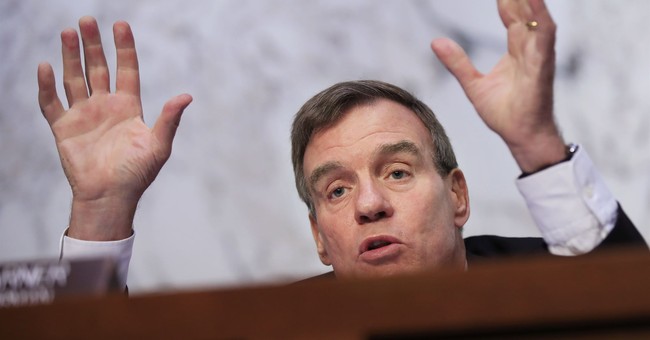 "I wish we wouldn’t even have started this a decade ago. When the Democratic leaders actually changed the rules, I don’t think we would have the Supreme Court we did if we still had a 60-vote margin on the filibuster, but we are where we are," Warren told Martha McCallum on Fox News Sunday. "And the idea that somehow to protect the rights of the minority in the Senate, we’re going to cut out rights of minorities and young people all across the country – that’s just not right to me."

Reid’s move lowered the threshold for most presidential nominations from 60 votes to 51 votes, with the exception of Supreme Court nominations. Then-Senate Minority Leader Mitch McConnell (R-KY) famously warned Reid that he would "regret" the unprecedented move, perhaps even "sooner" than the Democratic leader ever thought.

“You’ll regret this, and you may regret this a lot sooner than you think.” - @senatemajldr McConnell to Dems in 2013 after Harry Reid's filibuster rule changepic.twitter.com/xtT20q9dT8

Now, with the Senate split, Democrats are hoping to eliminate the legislative filibuster in order to pass President Biden's agenda without Republican consent.