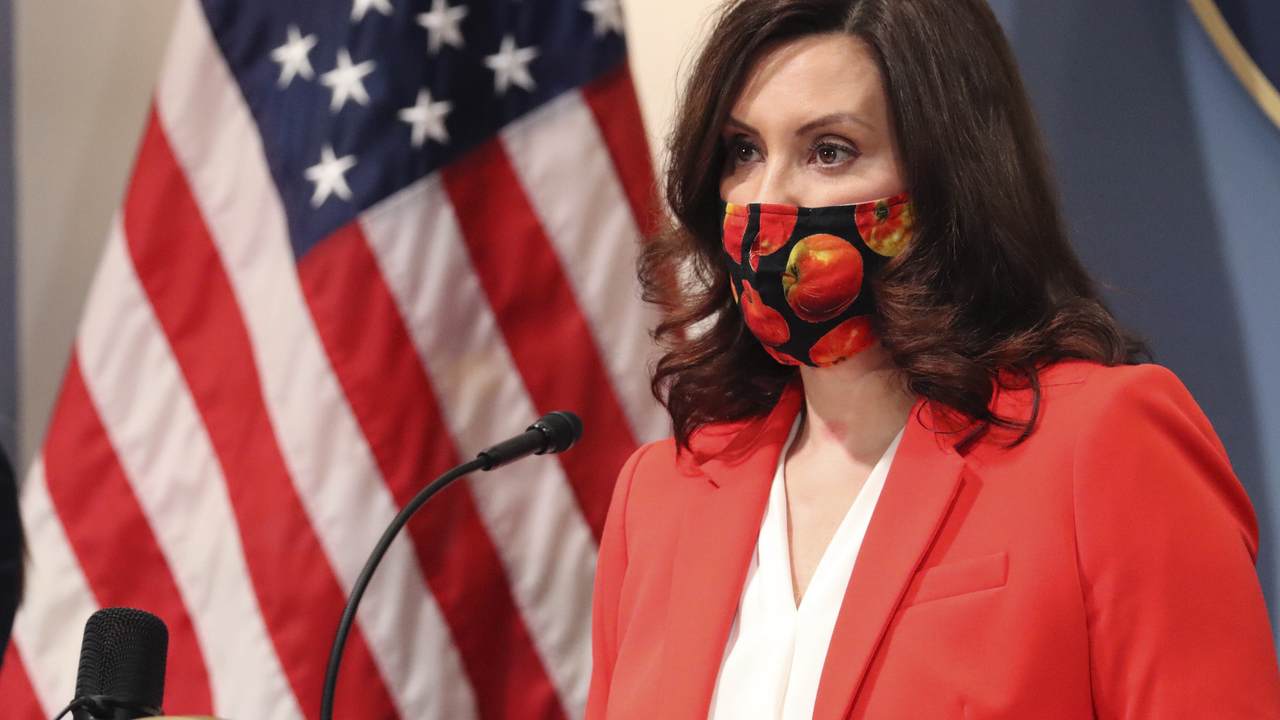 Source: Michigan Office of the Governor via AP

Democratic governors have found themselves in hot water for violating their own restrictive executive orders during the pandemic. Michigan Governor Gretchen Whitmer (D-MI) has created more problems for herself by ignoring her own COVID edicts and refusing to take responsibility for her hypocrisy. While businesses in Michigan suffered from restrictions, Whitmer violated her own rules for restaurants and bars and traveled freely.

The embattled governor is up for reelection in 2022, and new polling shows her approval rating plummeting, via Detroit News:

The Democratic governor's job approval dropped by 8 percentage points from February to May, according to the survey of 600 registered voters with a margin of error of plus or minus 4 percentage points. Contacted May 22-26, 50% of participants said they approved of Whitmer's performance while 44% said they disapproved.

Whitmer is also under fire for horrendous nursing home policies implemented during the pandemic, similar to those of Governor Andrew Cuomo (D-NY), that caused an influx of preventable deaths. An official in Whitmer's administration recently admitted that the state's nursing home death count "could be low," leaving the door open for the possibility that the numbers were underreported.

BREAKING: @GovWhitmer's MDHHS Director Elizabeth Hertel admits in House Oversight Committee hearing that the State's nursing home death count "could be low" noting "we do not know because we don't know what's occurring in those facilities". pic.twitter.com/QKESkBaa7K

A target of Republicans in 2022, Whitmer's reelection bid is rated "lean Democrat" by the Cook Political Report.

Savor the Democrats’ Humiliation
Townhall
THERE it is! Peter Doocy got Jen Psaki to admit what led to a crime surge in cities (ALL run by Dems)
Twitchy
Liz Cheney Gets a Big Signal That She's About to Get the Boot
Redstate
The Radical Left is Showing Liberals and Conservatives That We Can Be Friends Again
PJ Media