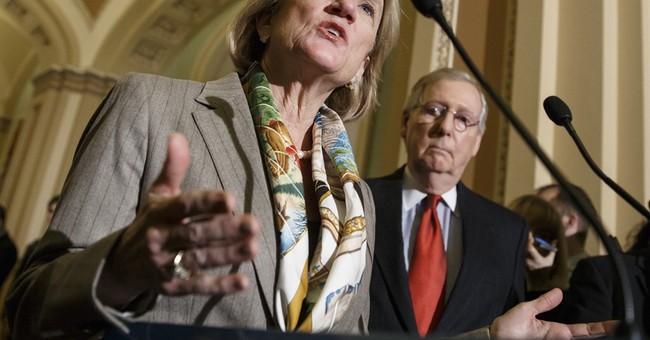 Senate Republicans say their counterproposal to the White House on an infrastructure bill totals $928 billion. pic.twitter.com/ImKPiMcKMA

Senator Shelley Moore Capito (R-WV), a lead negotiator in the crafting of the package, said that the newly-proposed package complies with the president’s original goal. Biden told Republicans to create a proposal totaling close to $1 trillion in spending over 8 years, which this proposal nearly meets.

.@SenCapito on Republican Infrastructure Counterproposal: "What we are looking at today is a $928 billion package over 8 years. It sticks to the core infrastructure features that we talked to initially. It's a serious effort to try to reach a bipartisan agreement." pic.twitter.com/j15agzdN0Q

Senator Pat Toomey (R-PA) also emphasized Republicans' commitment to not raising taxes, and to keeping the 2017 tax cuts in place.

"We're not raising taxes. We believe the 2017 tax reform contributed significantly to enabling us to achieve the best economy of my lifetime. And that's no small thing and we're not interested in undoing it," Toomey said.

The hefty infrastructure package proposed by the administration and congressional Democrats is unlikely to garner any GOP support. The package proposed on Thursday is a “serious effort” to reach a bipartisan compromise, the lawmakers said.