In Letter to Colleagues, Elise Stefanik Makes Her Case to Replace Cheney 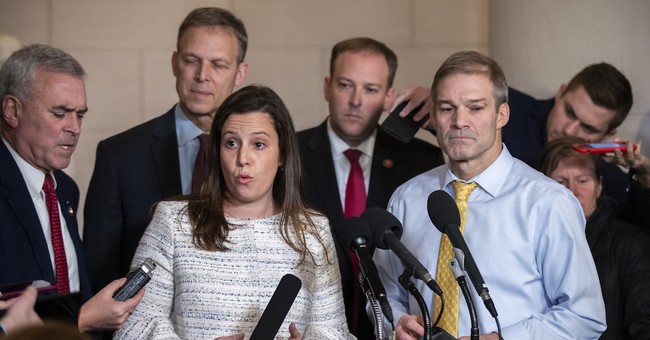 House Republicans voted to oust Congresswoman Liz Cheney from leadership on Wednesday morning. New York Congresswoman Elise Stefanik (R-NY) has made a play to replace Cheney, with support of many in Republican leadership, and formally laid out her case after the vote to oust Cheney.

"Today, I humbly ask to earn your vote for House Republican Conference Chair to unify our message as a team and win the Majority in 2022," Stefanik wrote in a letter to colleagues. "Despite the media’s endless attempts to divide us, our Members are united in our laser focus on defeating the radical Socialist Democrat agenda of President Biden and Speaker Pelosi...I look forward to working with you as we share our unified conservative vision, regain the majority, fire Speaker Pelosi once and for all, and fight on behalf of the American people to save our country."

A letter to my colleagues on my vision to unify our GOP Conference, win the Majority, and fight on behalf of the American people to save our country?????? pic.twitter.com/JGE5IqhNJo

Stefanik has the support of GOP Leader Kevin McCarthy (R-CA) and House GOP Whip Steve Scalise (R-LA), among other rank-and-file members, but her bid also has opposition from conservative members of the caucus. She’s received criticism from a growing number of lawmakers, including members of the House Freedom Caucus, for her voting record, which some argue is not conservative enough.

He adds: "Therefore, with all due respect to my friend, Elise Stefanik, let us contemplate the message
Republican leadership is about to send by rushing to coronate a spokesperson whose voting record
embodies much of what led to the 2018 ass-kicking we received by Democrats."

GOP Rep. Ken Buck tells reporters that Elise Stefanik does not have broad support from the Freedom Caucus in her bid to become next House GOP conference chair: “If you look at her voting record, she’s not a conservative.”

The candidate forum and eventual vote to replace Cheney will take place in the coming days.