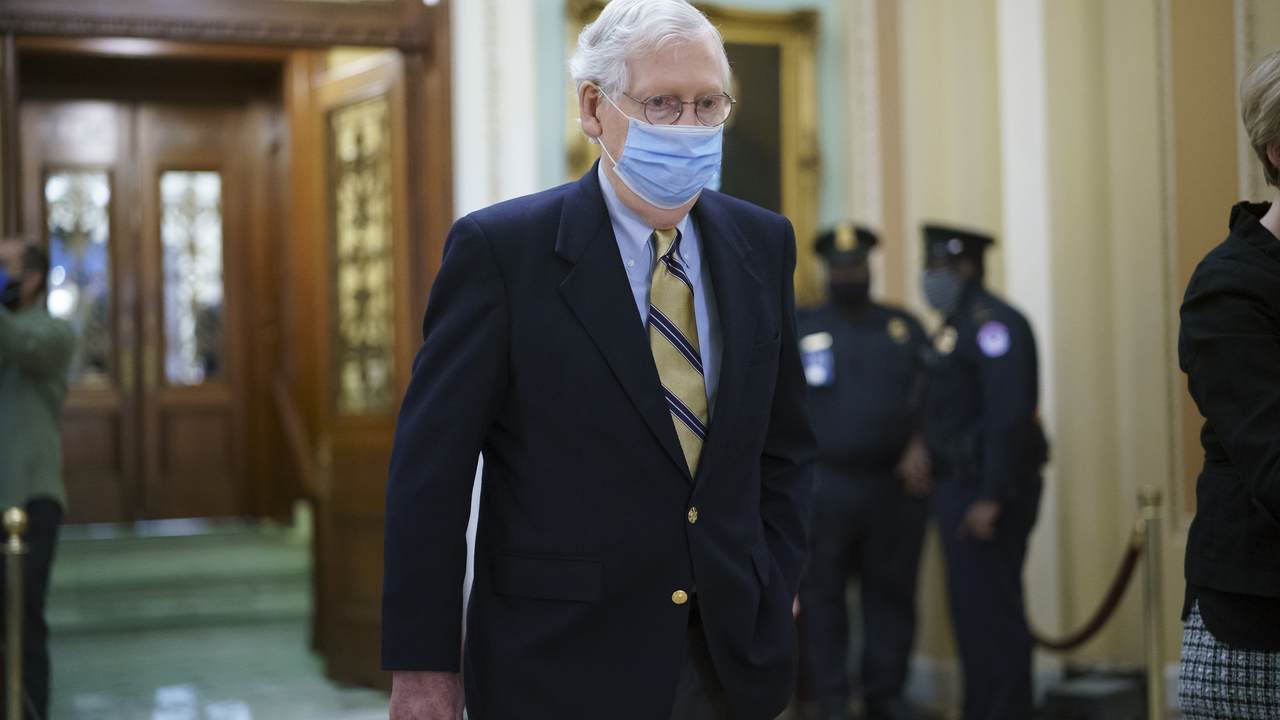 Senate Minority Mitch McConnell (R-KY) is receiving some good news about his approval rating among Republican voters, as the Biden administration continues to push the Left’s progressive agenda. After the 2020 general election, the GOP leader saw a dip in favorability among Republicans on account of confidence in election integrity, but his approval is on the rise once again, Morning Consult found.

Forty-two percent of Republican voters view McConnell favorably, while 36 percent do not; this approval is a 12-point bump since President Joe Biden took office.

“According to a Morning Consult/Politico survey, 42 percent of GOP voters hold favorable views about McConnell, up 12 points since a post-election low reached in late February after Trump launched his most stinging attacks on the top Senate Republican. Over the same course of time, the share of GOP voters with unfavorable views about McConnell fell 14 points, to 36 percent.”

Former President Donald Trump has ramped up attacks on McConnell, who spearheaded the former commander-in-chief’s legislative agenda throughout his term in office, for refusing to vote to overturn the results of the general election. McConnell joined GOP lawmakers in placing blame on Trump for the January 6 riot at the United States Capitol but did not vote to convict him in the Senate's trial. The former president has also called for Republicans to oust McConnell as the Senate leader, but it appears that GOP voters do not agree.