After Multiple Statewide Losses in Florida, Charlie Crist Launches a Bid for His Old Job 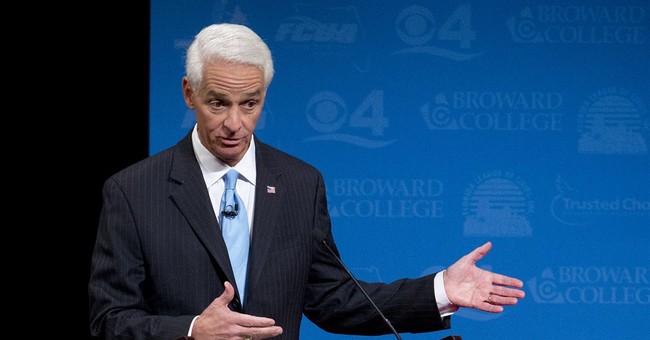 Former Florida Governor Charlie Crist (D) announced Tuesday morning that he is making a bid for his old job. Crist, a former Republican, served as governor from 2007 until 2011, before being unseated by Rick Scott. Before that, Crist served in the state legislature and as attorney general, in addition to holding the governor’s mansion.

Since becoming a Democrat in 2012, he has since made multiple, unsuccessful attempts to win statewide offices, including a bid to unseat Scott in 2014. He was elected to the House in 2017 to represent Florida’s 13th congressional district, and is now looking to represent the Democrat party to take on Governor Ron DeSantis (R) in 2022.

Crist advocated for a “Florida for all” in his launch video, as his bid faces criticism.

Florida should be a place where hard work is rewarded, justice is equal, and opportunity is right in front of you. That's a Florida for all — and that's why I'm running for Governor.

“The only thing about Charlie Crist that hasn’t changed since his last two runs for statewide office is that Florida still can’t trust Charlie,” said RGA spokesperson Joanna Rodriguez. “Floridians have rejected Crist as a statewide candidate twice already, and whether it’s in the Democratic primary or the general they’ll do the same again this time.”

Florida Commissioner of Agriculture and Consumer Services Nikki Fried (D) is also rumored to be launching a bid to challenge DeSantis.