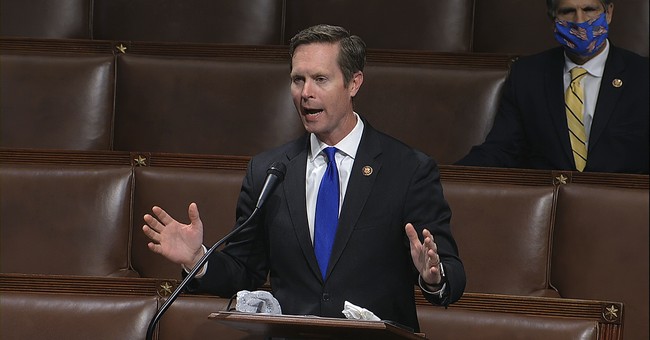 Republicans on the House Administration Committee are demanding an investigation into the Capitol Police Board (CPB), which the lawmakers argue is in "desperate need of reform."

"Mr. Bolton’s report and his testimony at the recent oversight hearing made clear that the USCP needs to make important changes, such as improving its intelligence capabilities, reforming its training processes, ramping up recruitment and hiring, and beginning an internal reorganization to protective agency model rather than a traditional police force," the lawmakers wrote. "The events of January 6th highlighted significant problems with the CPB’s structure and responsibilities...the CPB’s bureaucratic structure and partisan membership crippled its rapid response capabilities and decision-making abilities, and the United States Capitol Complex remained in chaos and without National Guard assistance for hours. Further, it is clear from email correspondence uncovered by this Committee that the Architect of the Capitol, who makes up one-third of the voting membership of the CPB, was left out of key security decisions, a recurring problem for the CPB."

GOP members on the House Administration panel want their panel to “immediately” begin conducting oversight hearings over the three-person Capitol Police Board amid concerns of how the top Capitol security figures responded to the deadly Jan. 6 insurrection https://t.co/cnVJBPEbCB pic.twitter.com/pzwHacm4jG

Lofgren conceded that the most recent security reports, along with Bolton's testimony, "identified troubling deficiencies" with the CPB's structure and protocols.