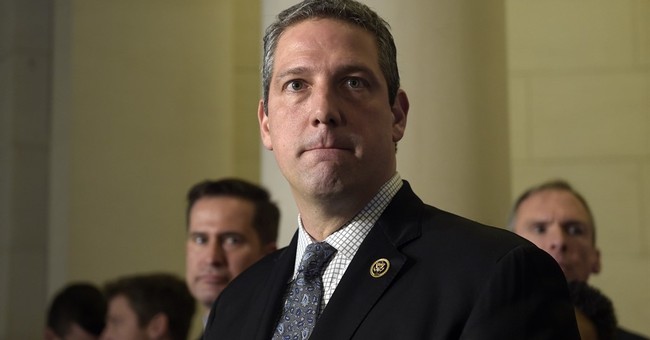 Ohio Congressman Tim Ryan (D-OH) formally launched his Senate bid on Monday morning, after months of speculation surrounding his plans. Ryan is the first Democrat to throw his hat in the ring for the party’s nomination.

“The success of America isn’t housed in the halls of Congress. It lies in the calloused hands and unrelenting grit of America’s workers. Those who dug the deepest send our nation soaring,” Ryan says in his launch ad. “Right now, our workers need a game plan. We’re competing with countries around the world for jobs. So in my mind, there’s nothing more patriotic than investing in our team: our people, our workers...I’ll work with anyone to rebuild our economy, but I will never sell out our workers.”

I'm running for U.S. Senate to fight like hell to cut workers in on the deal. pic.twitter.com/O1hkLdS1up

Ryan previously launched a long-shot bid for the Democratic nomination for president in 2020, which ended even before the Iowa caucuses occurred. He's currently serving his 10th term in the House, representing Ohio's 18th congressional district.

The Senate seat in play is being vacated by incumbent GOP Senator Rob Portman (R-OH), who announced that he would not be seeking reelection in 2022. The field of Republican contenders for the nomination includes former Ohio GOP Chairwoman Jane Timken, former State Treasurer Josh Mandel, political outsider Bernie Moreno, and businessman Mike Gibbons. Former President Donald Trump has not yet made an endorsement. The former president won Ohio by 8 points in both the 2016 and 2020 general elections.