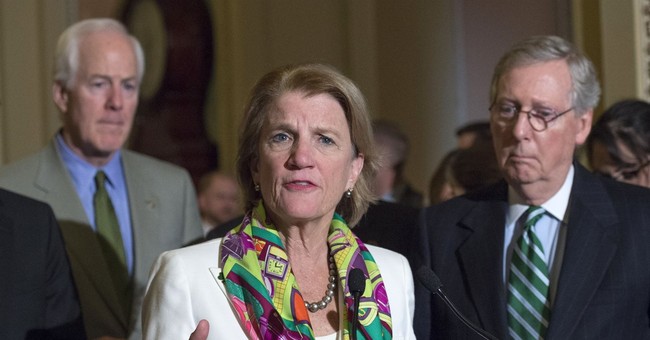 A group of Senate Republicans unveiled their answer to President Biden’s $2.5 trillion “infrastructure” package on Thursday, with a much more modest price tag. The GOP plan amounts to $585 billion over a five-year period, and boasts a “forward leaning vision.”  The effort to match the Biden administration with real infrastructure plans is led by GOP Senator Shelley Moore-Capito (R-WV), with Sens. Pat Toomey (R-PA), John Barrasso (R-WY), Roger Wicker (R-MS), and Mike Crapo (R-ID) co-sponsoring the legislation, among other lawmakers.

$568 billion over 5 years. Note the section defining what infrastructure is ???? pic.twitter.com/mRjZkWDoz7

The framework for the package includes funding for real infrastructure, as opposed to unrelated line-items:

The lawmakers made clear that the Republican-led plan is strictly focused on traditional infrastructure.

What Democrats are proposing is a job-crushing, partisan slush fund.

President Biden claimed that he hoped to pass the hefty infrastructure package proposed by Democrats with at least some Republican support, but the American Rescue Plan in its current form is unlikely to gain support from any Senate Republicans.