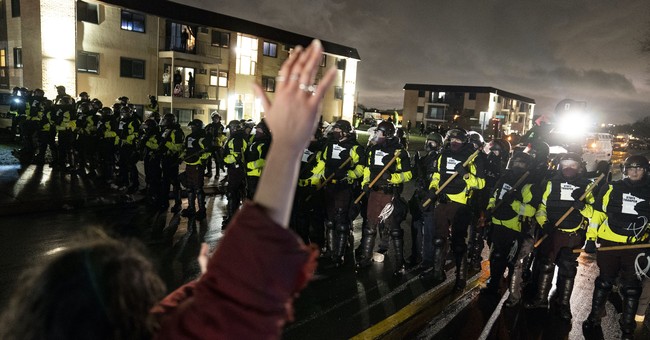 The Brooklyn Center, Minneapolis police officer involved in the fatal shooting of Daunte Wright, Kim Potter, resigned from her position on Tuesday afternoon. Her resignation follows speculation of a potential firing after she deployed her service gun, and ultimately shot Wright, when she meant to use her taser.

“I am tendering my resignation from the Brooklyn Center Police Department effective immediately,” Potter wrote in her resignation letter. “I have loved every minute of being a police officer and serving this community to the best of my ability, but I believe it is in the best interest of the community, the department, and my fellow officers if I resign immediately.”

Here is the resignation letter, sent to the mayor, acting city manager and the police chief: pic.twitter.com/har8MHtYMc

Both the officer who killed Daunte Wright and the Brooklyn Center police chief have resigned https://t.co/iYbNV2ciZ5

Following Wright’s death, which officials deem an “accidental tragedy,” days of violent riots erupted in Minneapolis. Julio is on the ground following all of it:

Because officers were occupied with guarding the Brooklyn Center police building, stores nearby, like this Dollar Tree, was ransacked by looters. pic.twitter.com/dMPZ463O6Y

From earlier in the night: Police in Brooklyn Center, MN using flashbangs and pepper balls to push rioters away from the fence. pic.twitter.com/DLgTBkbLVw