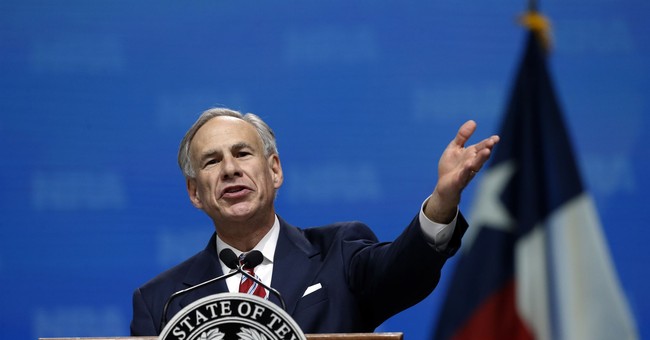 Vice President Kamala Harris continues to receive criticism for her negligence on the growing border crisis. Texas Governor Greg Abbott (R-TX) penned  a letter to the vice president requesting that the administration shut down a federally-run facility for unaccompanied minors in San Antonio. The facility’s overcrowded conditions have led to an influx of abuse and assault of minor children, Abbott said.

“The complaints include allegations of sexual assault, a shortage of staff to properly supervise the children inside the facility, and that the children in the facility are not eating throughout the day. The complaints also allege that children who have COVID-19 are exposed to other children,” Abbott wrote to the vice president. "The State of Texas previously warned about overcrowded conditions at these facilities, and now those conditions have led to allegations of child abuse and neglect," reads the Governor's letter. "Our repeated warnings and questions have gone ignored by President Biden, yourself, and Department of Homeland Security Secretary Mayorkas. These problems are a direct result of the Biden administration’s refusal to secure the border and its failure to plan for the fallout of open border policies.”

As allegations of abuse and neglect come to light, the Biden Administration must immediately shut down the federally run unaccompanied minor facility in San Antonio.

The vice president has no scheduled visits to the southern border, despite her designation to deal with the crisis. The Biden administration refuses to acknowledge the reality of the border crisis, a direct result of the reversal of effective, Trump-era immigration regulations.