Sen. Rubio Has Some Questions for MLB Commissioner After Georgia Decision 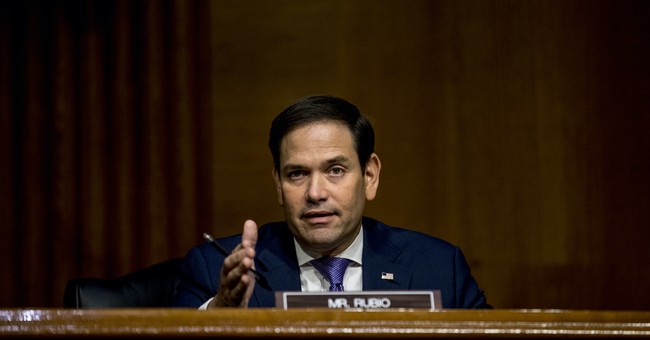 Rubio wondered if Manfred will renounce his membership to Augusta National Golf Club, which is “exclusive” and “members-only,” after the league’s decision to boycott Georgia.

“Last week, you ‘decided that the best way to demonstrate our values as a sport is by relocating this year’s All-Star Game’ from Atlanta because of Georgia’s revised election law. It is a decision that will have a bigger impact on countless small and minority owned businesses in and around Atlanta, that the new election law ever will. And one that reeks of hypocrisy,” Rubio wrote.

The GOP lawmaker pressed Manfred on the league’s financial ties to the Chinese Communist Party (CCP) and Cuba, citing the league’s claim of a commitment to human rights.

“Will Major League Baseball now end its engagement with nations that do not hold elections at all like China and Cuba? Will you end your lucrative financial relationship with Tencent, a company with deep ties to the Communist Party and actively helps the Chinese Government hunt down and silence political dissidents,” Rubio asked. “Since Major League Baseball now appears eager to use its “platform” to demonstrate “unwavering support” for fundamental human rights, will you cease your relationship with the Chinese Government, which at this very moment is committing genocide against the Uyghurs Muslims in the Xinjiang Uyghur Autonomous Region (XUAR)?”

Gov. Kemp said that the MLB’s decision is representative of the league caving to “fear, political opportunism, and liberal lies.” The GOP governor has no plans to back down from the woke outrage over the common-sense bill.