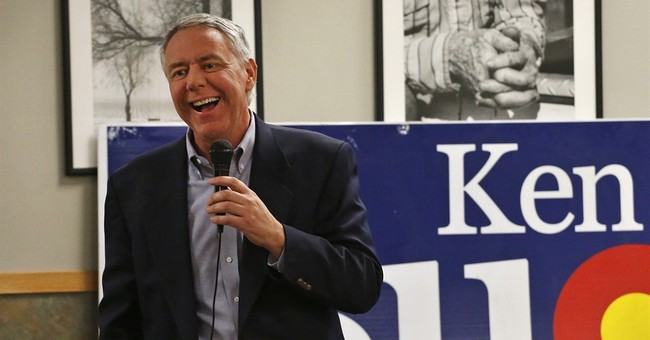 Congressman Ken Buck (R-CO), the ranking Republican on the House Judiciary subcommittee on antitrust, said on Wednesday that he will no longer accept donations from big technology companies, including Facebook, Google, and Amazon. He previously received contributions from political action committees (PACs) tied to Google and Amazon.

“Starting today, I will no longer accept campaign donations from Facebook, Google, or Amazon. I WILL hold Big Tech accountable,” Buck, a vocal opponent of Big Tech, wrote in a tweet.

Starting today, I will no longer accept campaign donations from Facebook, Google, or Amazon.

The outspoken Republican lawmaker said that large technology corporations have to be held to account for their “anti competitive” and “monopolistic” practices. Buck has led the charge among House Republicans in advocating for antitrust reform and accountability measures for Big Tech corporations.

"As the lead Republican on the antitrust subcommittee working to hold Big Tech accountable for their anticompetitive and monopolistic behavior, I cannot continue to accept campaign donations from Facebook, Google, or Amazon," Buck said, via Axios.

“One of the bedrock values of our country is a free press, but we have seen thousands of news organizations crushed by the monopolistic power of Big Tech,” Buck said of the legislation. “This bipartisan bill is an important start to remedying the results of Google, Facebook, and other’s anticompetitive conduct toward local news outlets, conservative media, and other news organizations.”