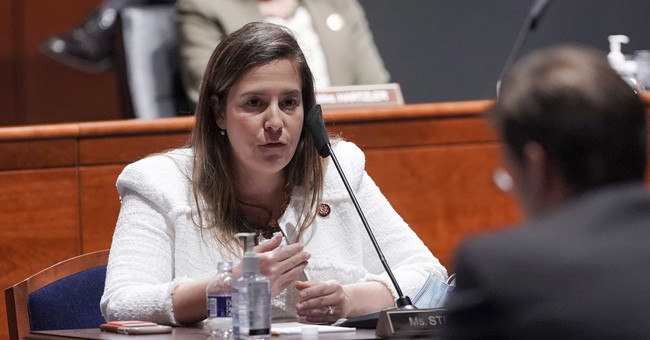 New York Governor Andrew Cuomo (D) is doubling down on his refusal to resign his position in light of workplace sexual harassment allegations from 7 different women, despite bipartisan calls from lawmakers for him to step aside.

President Biden has not yet joined calls, from both Republicans and Democrats, for Cuomo to resign as governor. Biden hails himself as a champion for the #MeToo movement and previously advocated for women to be able to come forward with allegations without fear. Nonetheless, Biden has given Cuomo, an longtime ally, a pass on the troubling allegations thus far.

Congresswoman Elise Stefanik (R-NY) has led the charge in calling for Cuomo to be investigated, and eventually for the governor to step aside. Stefanik was one of the first lawmakers to demand that Cuomo resign, before being joined by colleagues on the state and federal level, on both sides of the aisle. In light of Biden’s silence on the allegations against Cuomo, the congresswoman is calling on the president to keep his promise of holding “zero tolerance for sexual harassment.”

“President Joe Biden has failed the American people and New Yorkers who demand transparency, accountability, and good government. President Biden has failed to live up to his own standards of zero tolerance for sexual harassment, sexual grooming, sexual abuse, and sexual assault,” Stefanik wrote in a statement on Monday. “Rather than hold elected officials to the highest standards of ethical conduct, President Biden has prioritized partisan politics over the overwhelming and unified bipartisan calls for Governor Cuomo’s immediate resignation.”

???? My Statement calling on @JoeBiden to Demand the Resignation and Removal of Governor Cuomo ???? pic.twitter.com/5pZgdn1MbV

Cuomo has made clear that he has no intention of resigning, but agreed to comply with an investigation into the sexual harassment claims made against him that is currently being conducted by the state's attorney general.